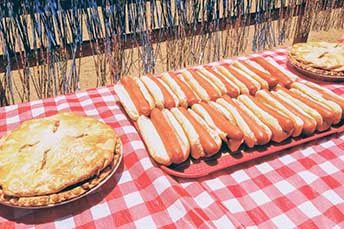 industry update
cash management
faster payments
Summary: The Federal Reserve has revealed the final timeline for its ISO 20022 standards, a new global messaging standard for financial transactions, which will now be implemented on a single day. As countries around the world embrace the protocol, cryptocurrencies are among some of the earliest adopters. We provide info on compliance deadlines and what steps your CFI may need to take to stay competitive.
Share this Article:
It is hard to remember a time when the Fourth of July didn’t include The Nathan’s Famous Hot Dog Eating Contest. Contestants gather in Coney Island, New York each year to see who can eat, and keep down, the most hot dogs (with buns) within a 10-minute period. Joey Chestnut, the reigning champion, has won fifteen competitions and holds the title of hot dog–eating world champion for his 2021 win, when he consumed 76 hot dogs and buns.We’re big fans of hot dogs, but just the idea of eating so many all at once is enough to make us sick, let alone actually trying to do it. There are, however, times when doing something all at once makes sense, which is what the Federal Reserve has decided regarding ISO 20022, a global messaging standard aiming to streamline terminology when banks exchange information. It will be implemented in a single day. With the new standard already being adopted by cryptocurrencies, among others, we thought it was time to provide a refresher about where things stand with ISO 20022.Change on the forefront. ISO 20022 is the global messaging standard that has been created to provide all major financial services domains a common data dictionary of extensible markup language (XML) for use in all transactions. This standard will impact all services from cash and trades to securities and card and foreign exchange, so that they are all able to work together. Its purpose is to provide a single, cohesive language that all domestic and global financial organizations can rely on for any and all communications in the wake of ever-changing technology advancements. It is based around a distributive ledger technology.ISO 20022 is a critical component of the Fed’s FedNow Service, which aims to provide people with safe, instant nationwide payment services that will be available 24 hours a day, every day of the year. Though initially planned to be rolled out in phases, the Fed recently announced that ISO 20022 will be implemented all at once on March 10, 2025.To date, more than 70 countries have already adopted ISO 20022, such as China, India, Japan, and Switzerland. Cryptocurrencies have been quick to embrace ISO 20022 and several are already compliant, including Algorand, Hedera, IOTA, Quant, Ripple, Stellar, and XDC Network.Getting ready. Though March 2025 is still more than two-and-a-half years away, financial institutions should be actively gearing up for its adoption. Since ISO 20022 is more versatile than the legacy systems and formats that many financial institutions continue to rely on, it employs significantly larger quantities of data and higher speed processing that will necessitate upgrades in many CFIs’ databases and systems.In order to remain competitive, financial institutions will need to complete upgrades to their messaging interface prior to November 2022, which is when ISO 20022 will available for institutions on an opt-in basis. However, it is suggested that testing is done by the end of the second quarter of 2022 to ensure that formatting is accurate and IT specialists have enough time to migrate all linked clearing and payment systems. Earlier preparation is also important because financial institutions need to keep customers up to date on ISO 20022 activities and include them in any testing.If your organization hasn’t yet done so, now is the time to look into what types of architectural changes will be necessary for your legacy systems to be able to interact with the new ISO 20022 messages, as falling behind could prove costly. While ISO 20022 adoption isn’t mandatory, choosing not to employ the standard could not only result in losing customers and being shut out of international payment systems.The new ISO 20022 standards are part of the FedNow Service, which PCBB is pilot participant in. We are also a member of the former Faster Payments Task Force, and a founding member of the Faster Payments Council.
Subscribe to the BID Daily Newsletter to have it delivered by email daily.