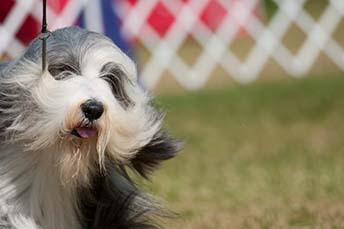 What It Takes to Be a Top-Performing CFI

by Steve Brown
performance
strategic planning
Summary: Key ingredients make a top-performing CFI. We share a number of them, from finding lucrative lending niches and additional sources of income, to maintaining a lean outfit and nurturing your most valuable asset: your talent.
Share this Article:
Get ready – the West Minster Dog show starts tomorrow!  This competition is a “champions-only” event. All of the performers have ticked off the boxes necessary at other various sanctioned events in order to make it here to compete in “Best of Breed.” It’s a serious competition with over 209 breeds that are recognized. What does it take to be a top performer? We decided to look at some of the CFI’s that made the Independent Banker’s top performing community bank list, so that we can learn firsthand what makes them successful. Finding lucrative lending niches. An overarching theme among all the top-performing banks is their ability to find lending niches that prove to be very profitable. Here are some examples for your institution to consider:A Minnesota CFI consistently ranks as the No. 1 SBA lender in the Land of 10,000 Lakes and has also issued many Paycheck Protection loans, including to companies that since moved their entire banking business to the institution. “We look at risky times as a time of opportunity, not a time to crawl into your shell,” says its CEO. “That served us well during the pandemic.”A Utah CFI not only makes SBA loans across the country via technology, but also cross-sells additional products to those customers, including small business working capital loans and point-of-sale financing.Additional sources of income. A CFI in Georgia is big into international trade financing, offering letters of credit to both importers and exporters and other trade documents. A Kansas CFI has formed several partnerships with fintechs, earning fee income and additional core deposits.A California CFI earns interchange revenue whenever customers use their debit cards, and service charges on merchants and other commercial customers. “All of this diversification provides growing and sustainable income streams,” says its CEO. “We want to make sure that when one of our sources of income is disrupted, such as tourism in some markets due to the pandemic or tariffs put on some ag products, we have other sources of income to generate profitability.”Expenses in line. The efficiency ratio of a Montana CFI hovers around 40%, thanks to a flat organization “without a lot of excess middle management,” says its CEO. The institution also saves money by conducting its own data processing instead of outsourcing, a rarity for a bank its size.Says a Nevada CFI executive: “We operate four branches, so it is very important for us to work hard to keep overhead costs low, including contracts and our costs of labor.”The CFO at another Minnesota CFI excels at keeping overhead and other operating expenses down – “He spends the bank’s money as if it were his own,” the CEO says.Stellar employees and healthy culture. At an Arkansas CFI, its people make the difference, by working “longer, harder and smarter” to serve customers, says its CEO. “We shove the decision-making process, as far down as we can in the bank,” the CEO says. “Great people don’t want to be micromanaged. They want tasks to complete, in which they can see their own influences in the end results. This creates satisfied people and satisfied customers.”“Healthy cultures” distinguish top performing institutions over others, says the head of a North Dakota CFI. “We focus pretty heavily on building a culture that attracts and retains great people over the long run, and that really has paid off with lower turnover and still an ability to go out and organically attract employees in new growth markets for us.”A CFI in Oregon consistently earns a spot on “best places to work” lists. Says its CEO: “Happy employees translate into happy customers, and that translates into higher profitability for the institution.”The head of a Texas CFI expresses a similar sentiment: “You know your people are doing something right when your customers buy lunch for the 80-plus people in one of our locations as a thank you. For our customers, we strive to make sure that they are receiving an experience that will make them keep coming back.”Your institution may very well share these best practices, earning your place in the upper echelons of the CFI world!
Subscribe to the BID Daily Newsletter to have it delivered by email daily.

Looking to the Past for Lessons on Weathering a Recession
Economists predict that a recession is on the horizon. Given the difficulties that many CFIs experienced during the last recession, now is the perfect time to look at some of the tactics used by those that prevailed in the last recession.

Documenting Conversations Over Multiple Communication Platforms
In addition to email and telephone, businesses began using video conferencing and instant messaging at high volumes, as a result of the pandemic. Fast-forward to today and financial institutions are faced with the problem of adequately documenting employee communications across all of these channels. To begin addressing the problem, it’s important to understand the challenges that these platforms present and how to solve it.