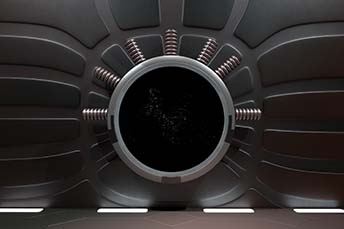 business customers
agriculture
Summary: Many farmers have been reaping the benefits of rising commodity prices, some higher than 140% over the past 18 months. Yet, the Russian invasion of Ukraine changed the direction of the wind for many farmers. How will your agricultural customers fare through the geopolitical turmoil?
Share this Article:
Did you hear about the first hotel in space? Orbital Assembly Corporation is expecting to open a “space station hotel” called Pioneer, by 2025. Twenty-eight people will have the luxury of vacationing or working in space with private living quarters under artificial gravity. Visitors will be living the high life, literally. Now to bring you back to earth to discuss another high — farmland prices. According to Creighton University’s most recent survey, farmland prices are increasing at their fastest pace in 15Ys. Higher commodity prices, low short-term interest rates, and strong farm income are most likely behind that growth. But though farmers are in good positions to borrow, they are borrowing less, probably because they have sufficient cash on hand. But, things could change. Specifically, how will the continuing geopolitical events affect this going forward?The starting point: a strong farm economy

Creighton University’s monthly Farmland Price Index was up two points to 80 in April, a number that suggests that the value of farmland will continue to climb. April was the 19th month that the index has been above growth neutral. Index values run from 0 to 100, and any reading above 50 indicates growth.Strong prices for commodities are a big reason that farm economies are performing well. The pandemic cut economic growth in 2020, but demand rebounded in 2021. That recovery helped push farm commodity prices higher. Over the past year and a half, wheat prices are up nearly 110% and soybean prices have risen by 90%. Corn and vegetable oil are selling for sums that are 140% higher than they were 18 months ago, with the upward trend beginning in the second half of 2020. Weather had an effect on the price increases as well. A drought during the summer of 2021 shrank crop yields in the northern hemisphere. Around the world, people are eager to import farm commodities, with demand from China particularly strong.Although starting to rise now, interest rates had been low prior to March. This has allowed some farmers to purchase additional land and others to invest in equipment or attempt new crops.  Russia-Ukraine war brings disruption

While the US economy seemed to be recovering from the setbacks of the pandemic, February 24th brought global disruption. At the time, the true impact was hard to forecast with uncertainty around the duration of the attacks. However, this continuing crisis creates major issues for the global economy, especially in the agricultural sector. Export restrictions and transportation challenges are two major headwinds that farmers face.  Export restrictions

The effects of Russia’s spring attack on Ukraine will intensify the current situation, pushing both prices and farm expenses higher. Ukraine and Russia both export wheat, corn, barley, and sunflower oil, with Ukraine known as the breadbasket of its region. When Russia invaded Ukraine, it turned both countries’ attention away from agriculture and interrupted agricultural exports. The resulting shortfall will continue to push prices higher. Because they want to keep the commodities they need within their national boundaries, 11 countries — including Egypt, Russia, Hungary, Serbia, Belarus, Turkey, and North Macedonia — have banned exports of a variety of foodstuffs, from wheat to barley, rye, corn, lentils, fava beans, pasta, and oilseeds. Argentina and Indonesia, two major exporters of oilseeds, have implemented export restrictions too. All these changes will push availability down and prices up.Transportation challenges

At the same time, the invasion has also increased energy prices, and with them the cost of transportation. Uncertainty around how and when the war will end will likely help keep these prices high, at least until a resolution is in sight. Not only that, supply chain disruption and shortages are further impacting agriculture shipments. For example, recently, California almond farmers were unable to transport their goods, as expected. Some 20K tons of this nut are stuck in the US because no shipping containers are available to send them overseas.American farmers have the appealing prospect of selling their goods for higher prices. However, they will need to spend more to grow their crops and feed their livestock. Their profits will also rely in part on whether they are able to get their wares to customers. Community financial institutions need to assess all of the conditions, including the continuing geopolitical strife, in order to best support their agricultural customers.
Subscribe to the BID Daily Newsletter to have it delivered by email daily.