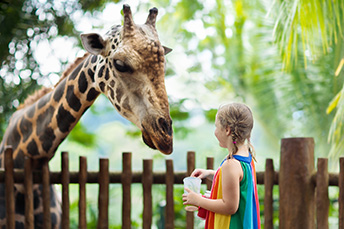 Independent ATMs – Do They Provide An Opportunity?

small business
ATM
BSA/AML
Summary: Around $90B was withdrawn from over 200K independent ATMs across the country in 2020. As financial institutions continue to merge, close branches, and remove ATMs, these independent ATMs, found in convenience stores among others, are a lifeline to many consumers where banks have closed branches. They are also a revenue generator for many small businesses. Is this an opportunity for community financial institutions?
Share this Article:
Today is National Zoo Lovers’ Day. With approximately 10K zoos across the globe, we have likely all experienced a day at the zoo. According to Attractions in America, the top five zoos in the US are in San Diego, CA; Omaha, NE; Brookfield, IL; Denver, CO, and the Bronx Zoo in NY. With spring almost here, maybe it is time to make another trip soon with the family.As families have enjoyed zoos for decades, many people have relied on independent ATMs in convenience stores and gas stations for decades. With more than half of all ATMs now run by independent ATMs, they play an important role. According to the most recent data, an estimated $90B was withdrawn from independent ATMs in the US in 2020. These withdrawals came from more than 200K nonbank ATMs scattered across the country, according to RBR, a UK research and consulting firm. Community financial institutions (CFIs) may want to consider whether it is in their interest to pair up with one of the small businesses operating these ATMs. We unpack some of the elements involved in making such a decision.  The pros and cons of independent ATMs for CFIs

Independent ATMs can provide opportunities for CFIs, but also potential challenges. These ATMs can be competitors, particularly if they are located near a CFI’s own ATM. A CFI would naturally want its customers to use its own ATMs rather than an independent one. Also, they can be easy targets for thieves to steal currency, since they are in high traffic areas without the extra security provided at banks. Furthermore, since they are often found in cash-intensive businesses, there could be reputational and regulatory issues that result from any association. CFIs would also need to ensure the safe and effective delivery of cash regularly for these off-site ATMs, which could be more logistically challenging. On the other hand, independent ATM owners are often small businesses that can benefit from a relationship with a CFI. Since these ATMs are not part of any bank, they need banks to provide deposit and cash services, which CFIs can offer. The locations of the ATMs are often in small businesses that may already be customers of CFIs. Independent ATM fees can be a source of additional income to these small businesses, which helps them thrive and, subsequently, helps CFIs thrive. Federal view of independent ATMs has shifted

Since many independent ATMs are owned by small businesses, several CFIs have maintained mutually beneficial relationships with these businesses. Yet, recently, these relationships have come under some pressure. The government has been focusing on independent ATM machines as a potential weak spot used in money laundering. This additional attention has spooked financial institutions (FIs) and prompted a retreat. A recent Wall Street Journal article recounted stories of independent ATM owners being cut off by their FIs over concerns about potential liability from money laundering exposure. So many FIs had withdrawn that independent ATM owners were sometimes left without sponsors and were forced to shut down their ATM operations. Then came an interesting twist. The National ATM Council, which represents independent ATM owners, mounted a lobbying campaign to convince federal officials that these ATMs were not riskier. The counterargument was that independent ATMs are not only less risky than officials presumed, but also critically important to the nation’s financial system because of where they are located. Typically situated in small businesses that are far from any FI or FI’s ATM, they provide a banking service to underserved populations. While the federal government is keen on fighting money laundering, it is also very interested in seeing an expansion of banking to the underserved. New federal approach brings opportunities

So recently, bank regulators moderated their objections to independent ATMs, issuing revisions that said independent ATMs are not necessarily or inherently high-risk, even if they are cash businesses. Furthermore, they highlighted that they provide an important service to underserved communities that still rely on cash. While some banks may still be reluctant, this federal change in stance on independent ATMs may provide a window of opportunity for CFIs. Indeed, many customers still use ATMs. Pymnts.com reported that about 11% of banking customers consider the ATM their main banking channel, while 41% use ATMs for some banking services. Banking partners for independent ATM owners are now in high demand to help fill these needs. Furthermore, RBR projects growth for independent ATMs. As financial institutions continue to close branches and remove underperforming ATMs, these ATMs will be important lifelines for several areas. A CFI that strikes a deal with one that has ATMs in locations distant from banks could not only gain new business, but also potentially win points under the Community Reinvestment Act. This could be true If the area is underserved and has an underbanked population.There are pros and cons in partnering with small businesses on independent ATMs. Before wading in, CFIs need to ensure that they are fully compliant according to the BSA/AML regulations and do the usual due diligence, as with any partnership. Then, you can determine if this is right for your institution or not.
Subscribe to the BID Daily Newsletter to have it delivered by email daily.