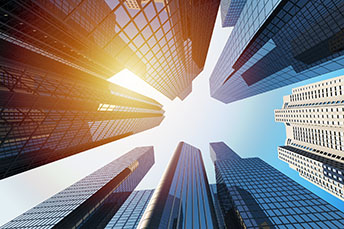 business customers
M&A
Summary: Credit unions have now acquired more than 100 community banks since 2013. We have seen this M&A activity ebb and flow, but right now it seems to be flowing. Here is an update with some of the advantages and disadvantages of these deals, while discussing the credit union tax exemption.
Share this Article:
Did you hear that Google is buying an office building in NYC for $2.1B? This price tag makes it the most expensive office building sale since the pandemic and one of the priciest office purchases in American history. Maybe this will kick off more activity in the real estate office space.   There has surely been activity in the credit union-community bank M&A space. As more community banks sell to credit unions, more questions arise about tax subsidies, price premiums, and the potential effect on the industry. In March of this year, we first reported on the uptick of credit union purchases of community banks. Now, a milestone has been reached. According to the ICBA, as of 2013, credit unions have now acquired more than 100 community banks. There were five credit union-community bank mergers in August alone out of 19 bank mergers that month. Regardless of where you stand on this issue, this is definitely a trend. There are advantages and disadvantages on different levels (community, state, federal, and even industry) with these unions. Advantages

The tax exemption is something that credit unions have relied on for decades and defend as warranted. It was created in recognition of the unique role that credit unions play in the financial system. The reasons were clearly stated in the 1998 Credit Union Membership Access Act. “Credit unions, unlike many other participants in the financial services market, are exempt from Federal and most State taxes because they are member owned, democratically operated, not for profit organizations, generally managed by a volunteer Board of Directors, and because they have the specified mission of meeting the credit and savings needs of consumers, especially persons of modest means.”While the tax exemption applies to both federal and state taxes, credit unions still pay some taxes and fees, including payroll and property taxes. In addition, member dividends are taxable. The tax exemption isn’t new, and mergers involving credit unions and community banks aren’t new either. What is new is that the average size of credit unions is getting larger and there are fewer community banks. That represents a change in the financial landscape. The question is how significant a change this is, and whether it requires a closer look.
Subscribe to the BID Daily Newsletter to have it delivered by email daily.