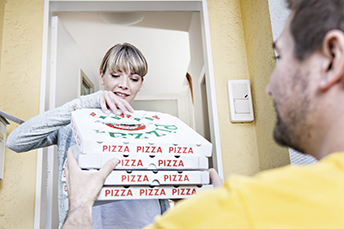 deposits
funding
PPP
Summary: Deposits increased by $3T over the past 14 months, leaving most financial institutions with a major imbalance — and major concerns about their net interest margins and return on assets. We review the current deposit glut and what community financial institutions can do to minimize their balance sheet disparity.
Share this Article:
Many Americans found comfort in food during the pandemic. Add to that the fact that gyms were closed, and it is not surprising that many Americans gained weight during the pandemic. A recent University of California, San Francisco study reported that the average American gained between 1.5 and 2 lbs. per month during the pandemic! Another survey by Harris Poll reported that of the people that gained weight over the past year, the average gain was 29 lbs.Financial institutions (FIs) experienced their own version of gaining a bit too much during the pandemic, but we’re not talking about extra pounds — we are talking about deposits. With much of the world locked down due to the coronavirus and people’s spending habits significantly altered, coupled with worries about financial repercussions of the pandemic, the amount of money people funneled into savings and deposit accounts soared. An Imbalance Problem. According to data from the St. Louis Federal Reserve, commercial banks took in deposits totaling $3T from April 2020 up to June 2021, with the total amount of deposits hitting $17T at the beginning of June. Usually, FIs find a way to put these deposits to work for them in the form of loans. However, loan activity has lagged significantly, leaving most FIs with a major imbalance — and major concerns about their net interest margins and return on assets. As a result, roughly two-thirds of FIs have begun taking measures to limit their balance sheets or plan to do so in the near future, according to the Federal Reserve’s latest Senior Financial Officer Survey. Of that group, close to 50% specifically cited return on assets and net interest margin concerns as their motivation for doing so.The PPP Factor. The Paycheck Protection Program (PPP) was a good thing for FIs, particularly for community financial institutions (CFIs). They strengthened their ties to small businesses by facilitating such loans. Yet, it has also been a large factor in the increased deposit activity. Though the expectation was that the money loaned to small businesses would quickly flow back into the economy, reality proved otherwise. With lots of businesses stuck in limbo due to ongoing supply chain issues and labor constraints, many PPP recipients have found it impossible to buy needed materials or make desired investments. Instead, they parked the funds into deposit accounts, while they grapple with these problems. Decreasing the Deposit Glut. Once loan activity picks up, it will minimize the risk of FIs running into problems with net interest margins and return on assets. Since these potential deterrents keep investors from backing FIs and possibly driving additional consolidation within the banking industry, everyone is anxiously awaiting the return of healthy commercial lending. But, with supply chain issues also believed to be at the heart of the general dearth of demand for business loans, it could be a while before there is any change on that front. Until then, there are several approaches that FIs are taking in an effort to minimize the imbalance that has resulted.
Subscribe to the BID Daily Newsletter to have it delivered by email daily.

As CD Rates Rise, Pressure Mounts on Banks to Keep Up
The latest Fed rate hikes have some challenger banks offering CD rates above 4%. CFIs may be reluctant to compete at that level, even as deposits outflows happen, but there are strategies CFIs can use to help convince good customers to leave deposits where they are.

Pros and Cons of Basing Early-Stage SBA Loans on Gross Income
Borrowing a page from the Paycheck Protection Program, some banks have begun offering microloans to early-stage businesses based on their gross income. We consider the pluses and minuses of this underwriting method.