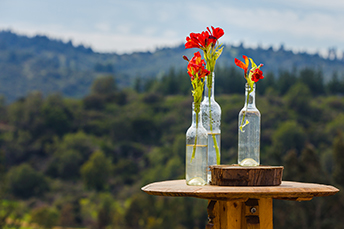 A Fresh Approach To Modern ATMs

ATM
strategic planning
branch optimization
Summary: Cash usage is not dead and ATM drive-by convenience is growing. Stand-alone ATMs provide benefits for community financial institutions, while satisfying the self-service needs of their customers. As you assess your ATM strategy, consider these benefits: brand and branch enhancement, cost reductions, and a consolidation alternative.
Share this Article:
Sometimes you just want a bit of alone time. A Swedish restaurant picked up on that sentiment. This restaurant has only one table available in the picturesque countryside outside of Stockholm. The restaurant serves one diner at a time, by delivering a three-course vegetarian meal via a basket sent along with a pulley from the cook’s home. It is so popular that it is booked up through the summer. While this restaurant takes the idea of stand-alone experiences to a whole new level, a growing number of financial institutions (FIs) are using a fresh, stand-alone approach with their ATMs. Let’s look at new emerging customer behavior with ATMs and how community financial institutions (CFIs) can tap into this trend. Cash usage continues. The pandemic changed the use of ATMs, as cash usage dropped and stay-at-home orders prevailed. Yet, people are still interested in having convenient access to cash. According to MetaBank findings, almost one in five find it more important to have cash today than pre-pandemic. Further, 59% noted that the pandemic has not shifted their position on using cash. So, some FIs are making it even easier for their customers to get the cash they need when they need it. Drive-by convenience. Just as rest areas alongside highways have long offered travelers easy on/easy off access to services, several FIs have begun providing the same type of ATM convenience. Bank of America recently set up a stand-alone, drive-through ATM alongside a busy highway just outside NYC, where people can easily pull off and back onto the highway. As you assess your ATM strategy, you may want to consider some of the benefits of an ATM stand-alone approach. Brand and branch enhancement. Even though cash is still a popular reason for an ATM visit, they have moved beyond simply dispensing cash. They can now accommodate many functions such as slip-free deposits with remote image capturing, account transfers, and credit card payments. Having these ATM services conveniently available around the clock satisfies your customers’ needs while the branch is closed. In addition to the added services that more modern ATMs provide, drive-up, stand-alone ATMs give customers a greater feeling of privacy and security. Also, by placing these ATMs at easily accessible locations, CFIs can expand both the geographic reach of their organizations and their visibility within their communities. That is a win-win.Cost reductions. One significant appealing aspect to this new iteration of stand-alone ATMs is that the cost of maintaining them has gone down considerably since ATMs first came on the scene. This makes them a far more attractive option than ever before. Setting up a full-service ATM runs around $150K, which is only 10% of the operating costs for a branch. Further, today’s stand-alone ATMs, particularly drive-up ones, significantly outperform old school ATMs that only dispense cash and handle up to 3x the activity volume. Consolidation alternative. As some CFIs need to make hard decisions around possible branch reduction, these ATMs could provide another option. ATMs provide an appealing alternative to completely removing services from certain communities. This is a reality that major players, such as Bank of America, seem to have realized a few years back. It is an approach that others have been quietly pursuing as well, as a way of consolidating branches without minimizing their footprints. Potential obstacles. While stand-alone ATMs promise many benefits for CFIs, putting them up is not without its challenges. As with almost everything, a major factor in a stand-alone ATM’s success is the convenience of its location. Yet, it may be difficult to find the right locations near optimal busy retail areas that provide ease of access. Additionally, there is a good chance that many existing ATMs will have agreements in place that prohibit competitors from setting up in the same location or nearby. Stand-alone, full-service ATMs seem to be a rising trend in self-service banking. If you find yourself at a strategic crossroads and are looking for a fresh ATM approach, this may work for your institution. If nothing else, you may want to factor it in as an alternative in long-term planning or consolidation efforts. Good luck!
Subscribe to the BID Daily Newsletter to have it delivered by email daily.