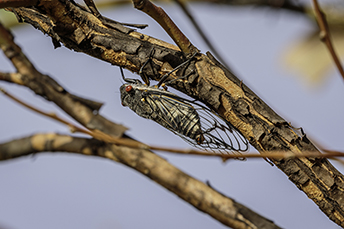 How To Square Up The Latest Competition

fintechs
business customers
payments
Summary: With Square officially becoming a bank and Google and Amazon intent on staying active in the financial services industry, competition is heating up. What are these technology vendors doing and how should you ensure your customer relationships are solid so you remain competitive? We answer those questions for you.
Share this Article:
You may have heard about the cicadas that started surfacing in May after 17Ys feeding underground. They appear in large groups according to a period cycle of 13Ys or 17Ys. When the temperature of the soil hits 64 degrees Fahrenheit, they make their entrance. Looking for mates, the males emit a noise hitting 95 decibels. The mating season can be quite competitive as predators are trying to take the cicadas down at the same time.Similarly, in the financial industry, there is heavy competition. Last week, we discussed the rise of neobanks in the market. Today, we discuss another rising competitor in payment provider, Square, who is making larger moves into the traditional financial institution market. We explain the inroads it and other tech companies are making, and how these recent moves could affect community financial institutions (CFIs). The expansion of SquareAs of March 2021, Square officially became a bank, with approval from the FDIC and Utah Department of Financial Institutions. Not wasting any time, this payments player started providing savings accounts and checking accounts to small and medium-sized business (SMB) customers. With only $200, an account can be opened with no monthly maintenance fees. Not only that, but in its press release, Square notes, “its [the bank’s] primary purpose will be to offer business loan and deposit products, beginning with underwriting and originating business loans for Square Capital’s existing lending product.”As a reminder, Square’s business all started with the plastic dongle and an app for mobile card payments. That soon blossomed into something much bigger, to the point where it is now a formidable competitor to traditional financial institutions in many ways. Square Capital nimbly makes small business loans from $300 through $100K. The company also participated in the PPP program, offering these loans to existing business customers.Tech competition aboundsSquare’s latest move comes about six months after Google announced plans to offer digital bank accounts through Google Pay, partnering with a number of banks to do so. Then there is Amazon, which “has lent millions of dollars to small and medium businesses selling on Amazon,” according to its web page. While Amazon hasn’t publicly stated its intentions to seek a bank charter, but that would be a natural next step. Furthermore, SoFi, the online finance company, recently went public. Initially, the company was staunchly anti-bank in its messaging. However, it has evolved beyond its “Don’t bank” tagline, to become more and more like the institutions it went out of its way to disparage.The bottom lineThe upshot from all this is that financial institutions of all sizes should expect continuing competition from non-traditional players. As the competition pool keeps broadening, be proactive with your customer relationships. Otherwise, they could be enticed by some of these companies, which they may already be working with in some way.

Some good reminders to keep customer relationships solid include:
Subscribe to the BID Daily Newsletter to have it delivered by email daily.