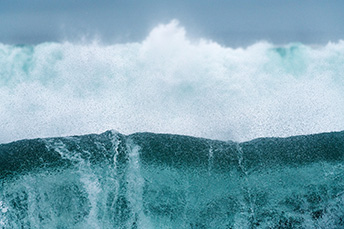 strategic planning
M&A
bank mergers
Summary: With 53 announced bank deals this year through April 2021, bank M&A has started off strong out of the gate. Will that trend continue? To help answer that question, we examine the current surge, the industry outlook, how deal value ratios are improving, and how liquidity management will affect merger valuations.
Share this Article:
Waves are fascinating. In the Northern Hemisphere, the size of waves varies more than in the Southern Hemisphere. But, if you want to go to the place with the largest waves, you will need to travel to the Agulhas Current which is off the west coast of South Africa. Waves in that area measure over 100 ft high. Now, that would take some skillful surfing!

Looking at waves of mergers, bank analysts began predicting this type of wave, particularly involving small and regional financial institutions (FIs) in 2020. That wave appears to have arrived. There has been a string of small-and-mid-sized FI mergers so far this year, and more are expected, with analysts and investors voicing their approval of the consolidations.Surge in volume and value

A total of 53 bank deals have been announced just through April this year, compared to 43 for the same period in 2020. S&P Global reported that April was the highest in 1 month with 19 deals, since January 2020, before the pandemic set in.Deals are being well received by investors. Four of five regional bank acquisitions this year in the $1B+ range have seen their stock values increase after the announcements. That’s a turnabout from the recent past, when deal announcements often led to a decline in stock prices of the acquirers.The optimism about deals reflects positive sentiment about a recovering economy and headway in the fight against COVID. In addition, deal prices appear to be more justified.
Industry outlookWith vaccinations starting to push the pandemic to the sidelines, people are back at work, kids are returning to schools, businesses are ringing up sales. All that activity should be a boon to the economy, including banking.

Investors have become bullish on the opportunities in banking. The KBW Bank Index is up about 30% this year. The Community Banking Sentiment Index is also on the rise, with bankers’ outlooks on future profitability nearly doubling from just Q4 2020 to Q1 2021. Mergers that can take advantage of the improving economic opportunities and leverage the excess cash held by banks are thus being welcomed.However, not all mergers are positively inspired. There are also mergers taking place due to a sense of Board and management fatigue with ramped-up fintech competition and increased regulatory scrutiny. The timing is right for these banks to cash out right now.Deal value ratios improvingOne telling statistic in the surge of deals is tangible book value. As of April, the ratio stood at 149.9 for announced deals, which is approaching the 2019 ratio of 157.7. The median deal value-to-tangible book value hasn’t looked this good since 2019 rising sharply since Q3 2020.The improving book value ratio speaks to the enhanced conditions, particularly for acquiring banks, which are enjoying higher equity values, as reflected in the KBW Bank Index.

With their larger capitalization, larger FIs have commanded higher valuations. A look at all publicly traded community banks shows that price to book value is lowest for the smallest banks below $250MM in assets and highest for banks with $5-$10B in assets. Right now, with limited organic growth, mergers appear to offer a way for many banks to realize improved book value.

A number of factors play into this. FIs shaved costs during the pandemic, partly by keeping branches closed, and many have worked to consolidate branches going forward. They have also continued to expand the use of technology, and scale helps improve tech efficiency.

Liquidity management and merger valuationsEven though several FIs have increased their M&A activity lately, one area that has held many back is excess liquidity. Business loans have been slow in rebounding, while deposits have been growing, putting a squeeze on margins. There are projections for business borrowing to start picking up in Q2 2021 though. This will help drive M&A opportunities for smaller FIs. As these institutions close new deals, liquidity should begin to normalize, driving increased returns and higher valuations. This will be welcomed by bankers and investors alike.
Subscribe to the BID Daily Newsletter to have it delivered by email daily.