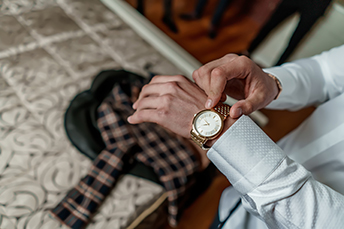 Why The Gig Worker Should Get Your Attention

fintechs
business customers
customer experience
Summary: Did you know that gig workers make up over one-third of the workforce in the US? Yet, their financial needs are mainly addressed by fintechs. We bring you up-to-speed on this labor sector including the reasons they want to work independently, why conventional risk assessment may not work, how fintechs are courting gig workers, and what financial services gig workers need.
Share this Article:
In the 1940s, the Pepsi-Cola Company began giving gold watches to longtime employees when they retired as a thank you for the time they had devoted to the company. This practice was adopted by many major businesses and remained commonplace for much of the 20th Century. Yet, as time changed, so too did the idea of people dedicating their entire career to a single organization. Today, the average person will hold 12 different jobs during their work life, according to the Bureau of Labor Statistic Not only has the number of jobs that people have worked changed over the years, but also the way they have worked. People increasingly seek out greater flexibility and work-life balance, and so freelance and contract jobs have become more and more popular. This trend has gained additional momentum since the start of the pandemic and is not expected to reverse. But, when it comes to the financial needs of the emerging gig economy, traditional financial institutions don’t seem to be lining up. In their absence, many fintechs are aggressively targeting this fast-growing group. Gig workers make up over a third of the workforce. According to a Gallup poll, the gig economy currently comprises 59MM people (36%). Of that group, 42% is made up of younger talent. The gig economy is also growing at 3x the rate of US labor as a whole. A number of gig workers are doing freelancing in addition to their main job. The latest Gig Economy Index finds that approximately 40% of Americans in the labor force make 40% of their income by freelancing.

Reasons why they work independently. Both businesses and employees look for more versatility regarding employment arrangements and so, the gig economy has expanded. It provides more work-life balance on the part of workers and cheaper, benefit-free labor on the part of employers. Interestingly, it seems flexibility is not the only reason gig workers favor independent contracting. A variety of surveys uncovered the fact that 63% of gig workers find working for an assortment of clients is more reliable than for one employer — a type of project diversification.Conventional risk assessments often don’t work. Gig workers do not fit neatly into traditional risk assessment models. Since the credit reports and metrics that financial institutions rely on to determine an individual’s loan worthiness are built around traditional streams of income, freelancers and gig workers are often passed over by lenders. As a result of such constraints, a large portion of the gig worker community is underbanked. This could be an opportunity for community financial institutions (CFIs) though.Using more tailored measures, such as helping them manage cash flow with financial guidance or providing step-by-step offerings (such as increased credit limits once payments are made), CFIs could find some of these gig workers become solid customers. Fintechs are actively courting gig workers. Several fintechs have already begun courting this group, by adapting banking services to the unique needs of gig workers and even the businesses that employ them. Among them are digital-only Oxygen Bank and Qwil, which lends money to freelancers who are waiting on payments. Other organizations serving this group are Green Dot, which is used by Uber for banking services, and digital-only Grasshopper Bank. PNC Bank is the only traditional financial institution we have found specifically catering to this group. It offers gig-related services through a product called Indi, that provides banking services on the go, the ability to save for taxes, and track expenses — all in one appGig workers need financial services. Beyond loans, there are multiple other areas where CFIs could consider tailoring their offerings for gig workers. Instant access to payments is a big need for gig workers, for instance. Yet, while organizations such as Uber provide their workers with immediate payments, many financial institutions don’t have the ability to receive such instant transactions. Eliminating delays would make CFIs more appealing to this group. Other services CFIs may want to review include financial advice, given the unique needs of this group, specifically regarding tax payments. There are many ways to assist this burgeoning group for their financial well-being. While it may take a little more tailoring and finetuning, reaching out to them to better understand the ways you can assist them could serve you both well.
Subscribe to the BID Daily Newsletter to have it delivered by email daily.