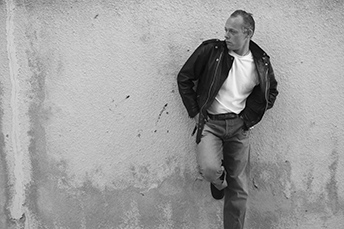 Should CFIs Worry About Peak Oil?

business customers
credit risk
Summary: Peak oil, where demand and production stop rising and start to decline, may begin in the next few years. Even though many community financial institutions are not directly lending to oil producers, they could still be affected. Three areas where they should keep watch: in the oil patch, near the oil patch, and around oil industry-impacted businesses.
Share this Article:
The movie, Grease, debuted in 1978 and became both a commercial and critical success. Brylcreem, a combination of mineral oil and beeswax, and poodle skirts were all the rage for a while again due to its popularity. While oil has definitely worked its way into many consumer products, including cosmetics and haircare, as an energy source, oil may have reached a peak.  As the nation and world turn increasingly to renewable energy, a long decline in oil demand is approaching, and that has broad economic implications. While it won’t happen overnight, it is important to prepare for the effects of these implications, as even community financial institutions (CFIs) that are not directly associated with oil producers could be affected. Demand for oil is slipping and demand affects not just the industries involved with drilling, exploration, and refining, but also a broad spectrum of the economy. As a result, financial institutions big and small could be affected, sometimes to a very significant degree. “Peak oil” describes the inflection point where demand (and so production) stops rising and enters a long steady decline, which is anticipated to begin over the next few years. The new canary in the coal mine is Exxon Mobile, which had been one of the last holdouts, predicting a continuing rise in demand. Late last year, the company changed course, joining the peak oil crowd and saying it may have to write off $20B in natural gas assets as demand slips. Here are three areas where peak oil could affect CFIs.

1. In the oil patch. CFIs in oil patch regions like TX and OK will feel the most direct impacts. These financial institutions tend to have relationships with companies directly involved in the oil and gas business. One analyst published a list of publicly-traded banks with high exposure to oil and gas, and several large community banks were on it, primarily in the Southwest and Midwest. Many more smaller community banks in these areas are also exposed through loans to companies like drillers and suppliers, or small businesses in communities tied to oil production. 2. Near the oil patch. CFIs close to oil patch regions often still have relationships with businesses that depend to some degree on the oil and gas industry. For example, AZ has little oil and no natural gas. Tourism is one of the top industries in the state, and the second-largest source of tourists (behind CA) is TX. If peak oil disrupts the TX economy, that could spill over into AZ’s tourism industry. CFIs lending to tourism-related businesses would need to keep a close watch on their performance.3. Around oil industry-impacted businesses. CFIs located far from the oil patch and seemingly untethered to the oil and gas industry could also feel some pain just because oil and gas have broad economic impacts. Consider the gas-powered vehicle. It relies on gas stations, which can be on real estate financed by CFIs. Convenience stores in those gas stations may carry products that are provided by local businesses. Automotive repair shops depend on people driving gasoline-fueled cars. One of the factors leading to peak oil is the rise of electric vehicles (EVs), which don’t use gas stations at all and use car repair shops only in limited ways. EVs already displace one million barrels of oil demand per day, according to one estimate. As EVs gain market share, jobs and businesses related to gasoline-powered vehicles will likely see slowing growth and possibly contraction. CFIs that assume they have no exposure to peak oil may find themselves suddenly facing unexpected challenges.The good news is that community banks weathered the last oil-and-gas slump in 2018 well. Many of those banks are still around and should have some institutional knowledge of how to deal with an oil slump, at least for the short term. But the coming challenge of peak oil may be longer and deeper and require new and creative ways of adapting. We will continue to keep you abreast as things continue to shift in this industry.
Subscribe to the BID Daily Newsletter to have it delivered by email daily.