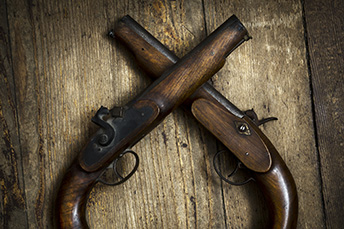 Lessons In Longevity With The Oldest Community Banks

performance
business customers
Summary: Community banks have many challenges these days. Hear from two of the oldest community banks, as they share lessons in longevity to inspire you.
Share this Article:
Most of us remember reading about the fateful relationship between Alexander Hamilton and Aaron Burr. Yet, before its tragic end, the two of them founded the Bank of New York in 1784. It now operates as Bank of New York Mellon and is the oldest continuously operating bank in the nation.
To survive and thrive for more than 200Ys takes some serious determination and often some considerable bulking up. But not all of the nation's oldest banks have supersized since their establishment. Community banks are well represented on the 11 Oldest Banks In America List. These community banks demonstrate the fundamental need in this country to remain close to their communities and operate alongside much larger banks with national and global reach. Today we look at how these banks have kept their staying power.
Enduring excellence. A bank in RI that lays claim to the title of the oldest community bank in the country has remained viable by sticking close to its community base and staying focused on serving that community's needs. Founded in 1800, it started operating a year after the predecessor to Chase bank, the Manhattan Company, set up shop in 1799. Yet, this bank is still community-focused. Its continued relevance is reflected in recent awards. It was named Best-In-State Bank in RI this summer by Forbes Magazine.
Its website captures the essence of its success, "With faster decision-making and local, responsive service, we are able to deliver a consistently superior banking experience that contributes directly to the steady financial performance that we have achieved for more than two centuries."
Staying relevant. We know that there are many other examples of community bank excellence. But, with today's challenges, we wondered: what does it take for a community bank to survive and thrive into the 21st century?
According to the president of a MO community bank over 150Ys old, the key is to think creatively and react quickly. To stay relevant for newer generations and new customers means staying on top of changes in banking like the technologies and the changing needs and wants of customers. The MO bank president notes that one of the tricks is to be able to act quickly and that is an area where a smaller bank might have an advantage over large and bureaucratic institutions. Still, this bank's customers include families that have banked there for generations. It consistently appears on "best banks" and "healthiest banks" lists too. The challenge is to stay nimble for centuries.
Key attributes for the next 100Ys. There are definitely things to learn from those institutions that have endured for a century or more. Responsiveness, creativity, persistence, and staying committed to the community for generations to come are some of the attributes that they exemplify. While time is currently testing many traditional community banks as never before, we believe in you and your commitment to your community. Keep up the good work! See you in another 100Ys!
Subscribe to the BID Daily Newsletter to have it delivered by email daily.

Profitability FIT is a profitability solution that measures performance at the account level, but also at the entire customer level. Contact us today for more information.