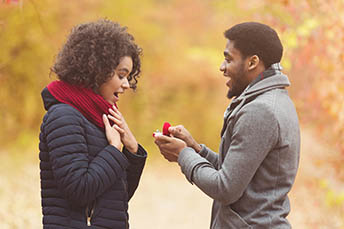 performance
M&A
bank mergers
Summary: Bank M&A hit a low point this year. Yet, it is expected to ramp up in 2021. We review the M&A landscape.
Share this Article:
The marriage rate dropped to a new low of 6.5 per 1,000 people in 2018, the lowest number recorded. Major events, such as the Great Depression, have affected this number too, so it could dip even more due to the effects of the pandemic.
Similarly, in 2020, bank mergers and acquisitions hit their lowest point since 2009 for both value and number of deals. But a report from FJ Capital Management in VA, predicts that the M&A market will bounce back and increase significantly over the next 10 to 15Ys. In fact, the report projects that the US, which currently has about 5K community banks, may have only half as many in 10-15Ys -- mostly because of mergers and continuing pre-pandemic trends.
A big change from 2019 to 2020. Data from S&P Global Market Intelligence shows that 2019 was a good year for bank M&A. The first quarter of 2019 saw 47 deals that totaled $6.7B, leaving out SunTrust's $28.3B sale to BB&T. That number dropped to 39 deals in the first three months of 2020, worth a combined $6.6B. Those 39 sales were the smallest number of closed deals in any quarter since 2011, when 33 banks changed hands in the first three months of the year.
Price-to-book ratios were lower for 2020 deals than in 2019 too. The median price-to-tangible-book ratio was 156.3% in the first three months of 2020. By comparison, that number was 170.5% for the last three months of 2019, and 159% for 2019 as a whole.
How future deals will be assessed. The economy will likely rebound as the pandemic recedes, bringing M&A interest and activity along with it. At that point, the factors that make banks attractive targets will probably be different than they were in 2019.
M&A buyers will now be looking for particular criteria: banks with loan portfolios that did well during the pandemic, technological infrastructure and capabilities, earning capacity during a near-zero rate environment, and "excess" liquidity. With this in mind, both sides might ask:
These criteria may not be a surprise for many of you. However, they are important to remember, so that you have M&A options, if needed, down the road.
Subscribe to the BID Daily Newsletter to have it delivered by email daily.