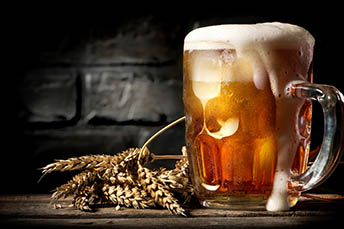 compliance
regulatory
Summary: The CFPB and FinCEN each have proposed rules which could help community financial institutions. We give you the skinny.
Share this Article:
In 1777, Frederick the Great gave an official statement advising everyone to drink beer instead of coffee. He was raised on beer-soup and thought it was much healthier than coffee. Some official statements are more reasonable than others; we cover two of those (proposed rules) today.
In an earlier article, we discussed the flexibility that banking regulators are providing. Today, we cover proposed rules by the CFPB and FinCEN that are looking for comments.
CFPB and lending to minority and small businesses. Under Section 1071 of the Dodd-Frank Act, the Consumer Financial Protection Bureau (CFPB) is required to specifying how financial institutions (FIs) will collect certain data regarding credit applications for women-owned, minority-owned, and small businesses, and how they will report that data to the bureau. However, the CFPB is also considering whether to exempt FIs from this rule based on asset size or amount of small business lending -- or both.
"The bureau is concerned that the smallest FIs, or those with the lowest volume of small business lending, might reduce or cease their small business lending activity because of the fixed costs of coming into compliance with an eventual 1071 rule, which could be contrary to the community development purpose of section 1071 and could also be contrary to one of the general purposes of the bureau -- to facilitate access to credit."
Before the bureau issues the proposed rule, it will review public comments submitted before November 9, 2020, by small entities (under $600MM in assets) and by December 14, 2020, for all other entities. The final result could be favorable for many community FIs and to their customers.
FinCEN and the effectiveness of AML. Financial Crimes Enforcement Network (FinCEN) is asking for public comment on its proposed rule by November 16, 2020, to enhance the effectiveness of FI anti-money laundering programs. The rule would include requiring FIs to provide a more robust assessment of risks not only consistent with their risk profile, but also risks deemed "national AML priorities" by FinCEN. However, the agency is asking for input on whether smaller FIs should be able to "opt-in" to these requirements.
"FinCEN appreciates that financial institutions vary considerably in size and complexity, and even well-intentioned regulatory actions that impact such a diverse collection of financial institutions can result in unintended consequences," the agency writes. "Accordingly, FinCEN specifically requests comment on how the practical impact of the regulatory proposals described...could vary in implementation for institutions of differing size and complexity, and whether changes in approach -- such as an opt-in decision -- would be advisable."
Specifically, the agency would like public comment on whether options, such as an opt-in for smaller CFIs, could "present financial crime vulnerabilities," and if so, how they could be mitigated.
Regulators are showing they want to help with the regulatory burden on smaller institutions. Let your opinions be known!
Subscribe to the BID Daily Newsletter to have it delivered by email daily.

Join PCBB for its latest webinar on using the right approach for credit stress testing, using both state and national data. Find out more and register today for Colorado bankers and North Carolina bankers.