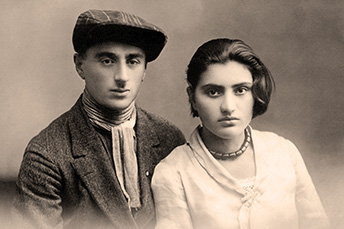 by Steve Brown Topics: compliance, regulatory, COVID-19, coronavirus
Summary: Community bankers can expect flexibility from regulators if they are supporting their customers in good faith. We give you an update on what this means for your institution.

Weirdly, instead of "cheese", Victorians said "prunes" when getting their picture taken to mimic a smile. Hearing that regulators are willing to be flexible might make a few bankers smile without either "cheese" or "prunes."
Michelle Bowman, a Federal Reserve Governor, during her speech at "Community Banking in the 21st Century" indicated that community banks supporting customers in good faith during the pandemic can expect flexibility from banking regulators. In its supervision of community banks, the Federal Reserve recognizes that it needs to balance safety and soundness on one hand, with the role of filling critical financial needs on the other. As a result, examiners are prepared to make some allowances, and community banks are using this supportive environment to help them manage their business better. Still, bankers should be up to speed on the interagency regulatory guidance issued last spring on loan modifications due to the coronavirus.
The Fed supports "Bank your customers". "One community banker in Texas that I spoke to recently said he had been feeling the justifiable concern that granting the kind of forbearances that everyone recognizes are essential to keep businesses open will eventually come back to haunt him in an examination," Bowman said. "When he aired his concern to the Fed, he said he felt 'incredible support' when the message he received back was, 'Bank your customers.'" She extends the same message to other worried bankers: "Bank your customers."
Banks should focus on serving their communities without worrying that bank examiners will criticize them.
Some supervisory practices are evolving. Community banks can expect some supervisory practices to evolve as circumstances change. For instance, with the Paycheck Protection Program (PPP), participating financial institutions found themselves flush with deposits. Subsequently, this pushed some banks perilously close to the $10B threshold, beyond which they would be subject to considerably more regulations. In response to this dilemma, the FDIC just approved an interim final rule for temporary relief from Part 363 Audit and Reporting Requirements for insured depository institutions with assets of $500MM or more. Regulators are listening and helping.
A community bank finds a balance. Knowing they have more regulatory support, community banks can focus on other challenges, such as where to put record-level deposits to work, given that interest rates are near zero.
For instance, a community bank in NY is up about $300MM since January, mostly in commercial accounts, against overall assets of $2.1B. Aside from the PPP, it hasn't seen strong loan demand, and deposits haven't been spent down as bankers had expected. So, this institution is moving excess cash into overnight deposits and mortgage-backed bonds. It is relying on its low funding costs to stay profitable. Executives assume that things will be different in a year. If the situation doesn't change, the picture will be murkier -- a statement that's likely true for many other community financial institutions. But, in the meantime, maybe we need a little faith.
Subscribe to the BID Daily Newsletter to have it delivered by email daily.

Federal Reserve Vice Chairman Clarida said that the banking industry passed the "ultimate stress test" easily in March and April and that the economy has reacted better than expected with GDP growth forecasted around 30% in Q3. However, he also warned that it could take another year for the GDP to fully recover to the 2019 level.

Federal Reserve Vice Chairman for Supervision Quarles stated that the effects of the pandemic have shown a strong banking system yet a more susceptible nonbank system. "We know already that work needs to be done to improve the resiliency of money market funds before the vulnerabilities in these funds amplify another shock. This will require careful consideration of financial stability, investor protection, and efficiency objectives alongside an understanding of the benefits of money market funds that should be preserved."

In 2019, 95% of US households had a bank or credit union account, according to a new survey by the FDIC.

After stress testing your loan portfolio, it is time to test liquidity. We have a solution that allows you to validate your contingency funding plan, so you are ready for your next exam. Learn more about liquidity stress testing today.
Copyright 2018 PCBB. Information contained herein is based on sources we believe to be reliable, but its accuracy is not guaranteed. Customers should rely on their own outside counsel or accounting firm to address specific circumstances. This document cannot be reproduced or redistributed outside of your institution without the written consent of PCBB.