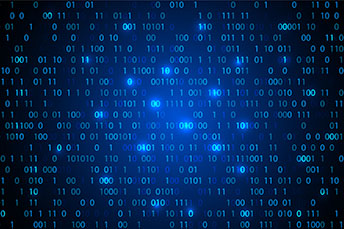 Should You Consider Gig Workers As Customers?

business customers
coronavirus
Summary: Gig work is growing, both in the number of jobs and revenue. We explore how you can potentially acquire this customer segment.
Share this Article:
There are several definitions for a gig. One is a light two-wheeled carriage pulled by one horse; another is the short form of gigabyte (data). But, today, we talk about the gig that means a job, especially one that offers flexible hours and income potential.
Gig work (independent contracting and freelancing) is definitely here to stay. The number of gig workers has grown significantly over the past few years. Also, as COVID-19 expedited the shift to remote work and more job layoffs, there was more competition to fill gig jobs. As such, the "gig" customer may now be one that community financial institutions (CFIs) will want to court.
According to MasterCard, gig work accounted for $204B in 2018 worldwide and is expected to rise to $455B by 2023. Not only that, but PYMNTS.com predicts that 50% of the US population will engage in gig work by 2028. These increases already seem to be playing out, with online gig work platforms such as Upwork noting that they have seen an 80-100% increase in the number of people registering themselves as freelancers available for work, since the start of COVID-19. Given this reality, gig workers could become important customers.
Not only does this type of freelancing work provide flexibility and opportunity for workers, but also a way to replace or supplement existing income. In a recent survey of skilled independent workers by Fiverr, 59% expect to make as much if not more revenue in 2020 vs. 2019. This is backed up by historical data as the average revenue growth for these workers from 2012 to 2017 was 20% in the top 30 markets. Their revenues accounted for $150B in these 30 top markets.
While lenders have typically been more hesitant to make loans or extend credit to gig workers, viewing the lack of permanency of their income stream as a major risk, some financial institutions (FIs) are re-thinking the way they assess these individuals. From artificial intelligence-based risk assessment tools to credit risk models that examine less traditional data such as online shopping habits and social media activities, FIs are now able to better evaluate their risk levels and provide them with credit accordingly.
If your institution is considering offering banking services to gig workers, you will need to realize that they have some specific financial needs. Services that are particularly important to gig workers include online account opening, convenient ATM access, and peer-to-peer payment options.
Even if you don't capture all their financial needs, you could do so eventually. According to data from Javelin Strategy & Research, 53% of people who are self-employed gig workers have accounts at multiple FIs. So, those CFIs which make an effort to meet the needs of this group may have the potential to acquire these customers and consolidate their accounts at one institution. There is also the possibility of upselling them on opening a small business account down the road too, as they gain momentum.
The potential benefits of wooing gig workers could ultimately translate to a major source of new revenue. But, whether you explore this option today or in the future, at least you know a little more about the gig worker than you did yesterday.
Subscribe to the BID Daily Newsletter to have it delivered by email daily.