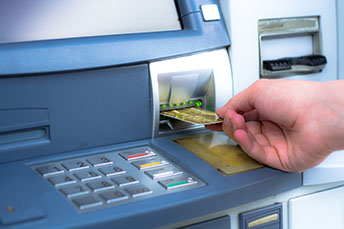 Is Divestment An Option?

by Steve Brown
performance
strategic planning
coronavirus
Summary: Fallout from the coronavirus has many financial institutions gearing up for divestments, according to a recent survey. Is divestment an option for your institution?
Share this Article:
Interestingly, the Vatican's bank is the only one that gives ATM customers the option to use Latin for their transactions. We think options are good. So, today, we bring up the idea of divestment as an option.
As the banking industry struggles with the impact of COVID-19, with soaring unemployment numbers expecting to lead to major defaults, many financial institutions are looking at their own operations for divestments. Just as the 2008 credit crisis drove financial institutions to divest business lines and loan portfolios, the fallout from the coronavirus has many of them gearing up for divestments within the next 2Ys, according to a recent Ernest & Young survey.
This survey revealed that 87% of banks and financial institutions expect to make significant divestments within the next 2Ys, with 60% of these organizations expecting to do so within the next year. That compares to 61% and 46% accordingly, prior to the pandemic.
There are several elements in play here. Among the things banks say they are looking to unload are low performing business units and in some cases distressed loan portfolios or assets; this is where 41% of bankers expect to see increased selling activity within the next 12 months. Also, the buyer pool is expected to be broadened, with 43% of bankers anticipating a rise in the number of buyers from outside the industry. With the proceeds, 70% intend to put the money into business upgrades.
Though the pandemic has brought sales and investments to a halt in many areas, community financial institutions (CFIs) may want to review their businesses and determine if there are areas where you are interested in making divestitures. In fact, you have probably been reviewing your businesses closer than ever lately -- 90% of survey respondents review their business portfolio more often and in greater detail these days. If so, here are a few things to consider:
Outline a clear strategy and timeline. Preparation is key, as 72% of bankers said that deals were delayed or fell apart due to a poor understanding of how all the pieces were affected and inter-related.
Get advice from the start, particularly amidst such rapid and constant changes around technology and regulations. While this may be obvious, it may be overlooked due to budget constraints. Still, it could save you money later.
Assign enough qualified resources, as 64% of bankers said they failed to realize the extent of time or resources they would need. Another 79% noted that they didn't have the appropriate tools in place for critical decision-making in their project management.
Remain flexible, as 54% of bankers cited delays or failed deals to a lack of flexibility. While this may not always be possible, as you make your plan, try to build in some flexibility.
Divestment may not be an option for every institution, of course. But, looking at options is never a bad idea. So, we hope we have given you a few ideas for this one.
Subscribe to the BID Daily Newsletter to have it delivered by email daily.

Developing Your Banking App - The Time May Be Right
According to a recent Citi poll, 91% of bank customers prefer an app to visiting a branch. This might be the right time to develop your banking app.

The Latest Regulatory Stress Test Findings
While the Fed concluded that the big banks were currently stable, financial institutions of all sizes should be stress testing to anticipate the impact of COVID-19 on capital.

COVID-19 uncertainty makes calculating your reserve more challenging. So, we created a complimentary analysis of the historical relationship of loss rates, GDP, and unemployment to use for your calculations. The Q2 report is now available. Simply download Reserve Insights: COVID-19 today.