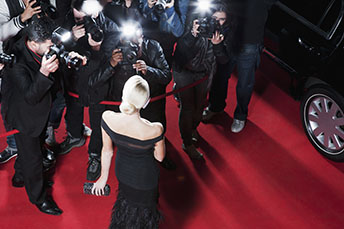 by Steve Brown Topics: lending, business customers
Summary: Besides helping out businesses in need, community financial institutions using the PPP for their customers will likely reap other long-term benefits.

The Oscar Statue costs $400 to make, but it must be offered to the Academy for $1 before reselling it elsewhere. Not a great resale value, but the benefits in receiving one go beyond that $1.
Similarly, community financial institutions (CFIs) may not be making much money by administrating small business loans through the Paycheck Protection Program (PPP). However, many are motivated by the chance to help small businesses survive -- while reaping other potential long-term benefits.
Long-Term Relationships. Problems with the PPP launch underlined the value of personal banking relationships. Certain business customers missed out on the first round of funding when they encountered issues with larger banks, which encouraged them to think more seriously about banking with a CFI.
One CFI in the Mid-Atlantic region explained the way they put their customers first. Days after the PPP was announced, this FI outsourced and launched a small business digital loan application within 4 days, because of the important timeliness of the PPP. Though there were still manual processes involved, hundreds of bank staff helped guide customers through the process. As they continued to fine-tune the automation of the process, they had the bandwidth to take on new customers too. They effectively serviced PPP customers and funded over $1.7B in PPP approved loans.
One CFI in NY saw the PPP as a way to help both their own customers and new ones too -- business customers that were turned away elsewhere first. "We've been using [the PPP] as a business development tool to pick up new relationships," stated a commercial lender at this institution.
Other Loan Repayments. Besides helping out customers in need, the PPP gives CFIs the opportunity to protect other loans they've made to small businesses. By keeping small, local operations in business, the PPP lets CFIs contribute to the health of their business ecosystems and make it more likely that other, conventional loans they've written to PPP recipients will be repaid.
Digital Efficiencies. Several CFIs that were successful in funding PPP loans, such as the one in the Mid-Atlantic mentioned above, looked at the initial shortfalls of the program as opportunities. We heard other stories of CFIs working hard to quickly get online processes established. For many, this situation shone a light on the importance of digital platforms and continuing to improve workflows and user experiences, even after the initial PPP application process was completed. According to an American Banker webinar poll, 53% of bankers stated that their institution's small business lending automation and digital capabilities were ready to support small businesses in today's environment.
This sudden need, while jarring for some, gave other CFIs an unprecedented chance to fine-tune their digital customer experience. By working through multiple iterations of their virtual offerings now, CFIs have the opportunity to end the pandemic not only with PPP-funded customers, but also with refined online and app-based ways of helping customers.
Subscribe to the BID Daily Newsletter to have it delivered by email daily.

Remote working is taking its toll on employees. A recent survey from the Society for Human Resource Management found 41% of employees are burned out, 45% feel emotionally drained and Gen Z employees (born in the late 1990s) are 2x more likely to feel burned out than boomers. There is a new term that surfaced called "Zoom fatigue" where employees feel sapped by the various virtual meetings.

Oxford Economics assesses that 15% of homeowners will not be able to pay their monthly mortgage payments, which would mean coronavirus delinquencies would go beyond the number experienced during the Great Recession.

Based on a recent survey, Novantas reports that only 40% of those surveyed said they will go back to a branch after COVID-19. It seems that the surge in mobile banking may remain.