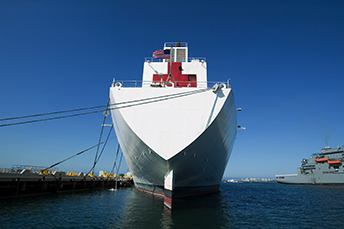 How The Big Banks Are Managing The Coronavirus

by Steve Brown
human resources
business customers
coronavirus
Summary: We like to look at what the big banks are doing to learn what could be done on a smaller scale. So, today, we share how the big banks are managing COVID-19.
Share this Article:
Did you hear of the two big Navy 1k-bed hospital ships headed to LA and NY respectively? They will likely make a big impact.
Big banks are also making an impact as they deal with COVID-19. Let's look at what the big banks are doing, to see if there are things that can be done on a smaller scale too.
Helping Customers: Many banks are waiving fees and deferring payments, upon request. Some, such as BBVA, will offer penalty-free withdrawals of CDs, while others like Santander will increase the ATM withdrawal limits and waive wire fees. Others are helping by increasing credit lines, pausing foreclosures and even offering emergency hardship loans at a low rate, such as PNC.
Bank of America had 150k requests for payment deferrals in March, which pushed them to ramp up their online tools to assist customers promptly in addition to their call center.
Also, Umpqua Bank will defer loan payments for its consumer and small business customers as requested, as well as waiving fees associated with deferred payments on existing loans and credit lines for up to 90 days.
Compensating Employees: Bank of America is cutting the hours of its tellers while increasing their salary by $400/month. Also, the bank said that call center and other support personnel who need to work from offices will get paid double overtime beyond 40 hours a week.
US Bancorp will also raise the wages of its front-line employees by 20% for at least four weeks and that could be extended. Citibank US employees making $60K or less will receive an extra $1k while JPMorgan will give certain eligible staff an extra $1k.
Meanwhile, Wells Fargo is providing a $600 bonus to US full-time employees earning <$100k and $300 to part-time employees. Not only that, but its front-line employees will also receive $200 extra per pay period, starting April 17th for as many as five paychecks.
Several big banks have also halted any planned layoffs while the crisis plays out. Citigroup, Wells Fargo, and HSBC said this recently, while Morgan Stanley and Bank of America even went so far as to say that they will not reduce their workforce in 2020.
Helping Customers and Employees: Due to the need for social distancing to stem the fast-moving coronavirus, almost all big banks have decided to temporarily close certain branches and limit hours. Citigroup announced that it will close 15% of its US branches temporarily and will also reduce branch hours to focus on essential services. Other banks, such as JP Morgan Chase, PNC, Wells Fargo, TD Bank, and BBVA also have temporarily closed some branches.
While we know that big banks are in a different league, you may find some of these adjustments could work for your institution too.
Subscribe to the BID Daily Newsletter to have it delivered by email daily.

Much of our activity over the past few days has focused on helping financial institutions in areas such as loan restructuring. If you need assistance, contact us today.