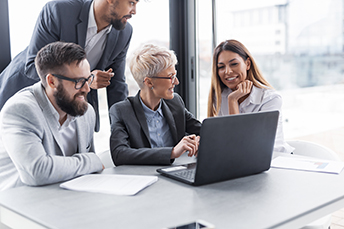 Is M&A Still A Good Idea?

by Steve Brown
performance
strategic planning
M&A
Summary: While the slower pace of M&A deals in Q4 2019 may be an omen for what is to come in 2020, the urge to merge remains strong. Is M&A still worthwhile?
Share this Article:
Did you know that according to Gallup, those organizations which have an "engaged culture" perform above and beyond their cohorts by 147% in EPS? If you are thinking of M&A, this is something to keep in mind, to be sure.
If you are contemplating M&A, we thought you should also know that bank mergers and acquisitions dropped off sharply in Q4 2019, as financial institutions took a breather from the hectic Q3. While the total number of deals for the year reached 266 vs. 257 in 2018 according to S&P Global Market Intelligence, that is mainly thanks to the jump in deals in Q3.
Still, the data offers an early hint of a potential longer-term shift in the pace of M&A activity among community financial institutions (CFIs). In short, the pace is expected to increase given low market rates, stressed NIMs and increased costs related to technology spending and hanging onto people, mostly.
As our readers know, the big blockbuster deal of 2019 was the BB&T-SunTrust merger, which was valued at $28B, which compares to the total value of all deals in 2018 at $30B.
Other significant deals occurred as well including First Horizon National Corp. merging with IBERIABANK, (valued at $3.92B) and Texas Capital Bancshares agreeing to a $3.12B merger with Independent Bank Group.
Of course, the vast majority of deals were far smaller, as CFIs continue to merge as a way to bulk up on assets and customers. Moving up in size also gives CFIs a leg up in expertise, in some cases, and economies of scale, when trying to compete with larger banks on new technology.
Geographically, M&A activity has clustered in the number of deals in the Midwest and the Northeast (only about 10% of the year's deals took place west of the Rockies). Even CA, the nation's most populous state, had just five deals.
It is clear from the data that the urge to merge continues into 2020. CFIs that are acquirers may be in a good position, if the year opens with fewer other shoppers for merger candidates at a time when you need help to stay competitive. Deal multiples look attractive, and accommodating regulators have made it less burdensome to complete a deal. Last year, about 95% of applications were approved, the highest rate since the Fed started tracking the statistic 2011. Turnaround time has gotten much faster too, particularly for CFI mergers.
It all adds up to a positive environment for those strong enough to be acquirers - provided the overall economy remains strong and creates an environment conducive to expansion through acquisition.
Subscribe to the BID Daily Newsletter to have it delivered by email daily.

Small Business Capital Needs
The SEC's inaugural report on small business capital development caught our eye. We provide you with some of the highlights.

Join us on Feb 13 at 11:30 a.m. PT as we explore how to generate upfront fee income through hedging. See examples, and hear from 5Star Bank's Market President on how this tool is benefiting his institution. Register Today!