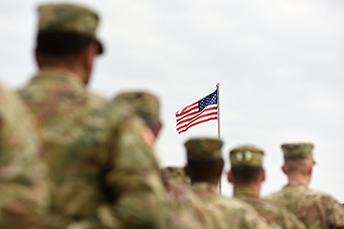 regulatory
strategic planning
de novo
Summary: The FDIC recently announced multiple initiatives to help streamline and clarify the application process for de novo institutions. We give you the skinny.
Share this Article:
The US Armed Forces incorporate the following service branches: Air Force, Army, Coast Guard, Marine Corps and Navy. On this day in particular, try to find someone in uniform if possible and thank them for their service, if you get a chance.
Primary bank regulatory agencies include the Fed, FDIC and OCC, but today we highlight issues affecting community banking as part of the FDIC's recently held advisory committee meeting.
One topic that caught our attention was an update on the FDIC's efforts regarding de novo or new start-up institutions. Historically speaking, de novo activity has been trickling back to life, but it's nowhere near its heyday. For its part, the FDIC is taking steps to reduce some of the pain points in the new bank application process, to help reduce new bank costs & headaches.
The FDIC announced in December 2018 that it had launched multiple initiatives related to the deposit insurance application process for de novo institutions. Its goal was to promote a more transparent, streamlined and accountable process for submitted applications.
At the same time, the FDIC announced it had updated two publications related to the deposit insurance application process. Those publications are designed to address the informational needs of organizers and are accessible through the website.
The FDIC also announced a new process to allow groups trying to organize a new bank to seek FDIC review of their application prior to the filing of the official one. This is designed so the group can fine-tune its proposal with FDIC feedback before submitting a formal application. The goal is to help identify and rectify any preliminary issues ahead of time. Staff is also being made available in all of the FDIC's regional offices to help organizing groups during the application process as well.
Roll forward, some and you will find that since March of this year, the FDIC has also begun publishing updated sections of the applications procedures manual related to the review and processing of regulatory filings. The FDIC said it expects to publish the remaining sections of the manual later this year. This resource is an additional aid for organizing groups. This was done following industry requests for additional clarity on the topic.
The FDIC has also updated its delegations of authority such that regional directors can approve deposit insurance applications for traditional community bank applications, as well as any change in business plan, without consultation from the DC office. This is designed to help keep things streamlined and moving along too.
Another thing reportedly coming down the pike is an interpretive Q&A to help clarify a few points for those interested in starting a new bank. For example, a specific physical address is not required at the filing of a deposit insurance application.
These efforts are largely the result of feedback the FDIC received from industry participants through various outreach efforts in an ongoing attempt to improve the de novo process.
It'll be interesting to see what effect, if any, these efforts have on de novo applications. But, if you know anyone who is interested in filing it seems like the regulators are willing to help.
Subscribe to the BID Daily Newsletter to have it delivered by email daily.

PCBB not only has the expertise and services to successfully help launch new banks but also the solutions to help them grow and succeed in the communities they serve. Know someone interested in starting a bank? Send them over to our De Novo Services resource page or they can contact us directly for more information.