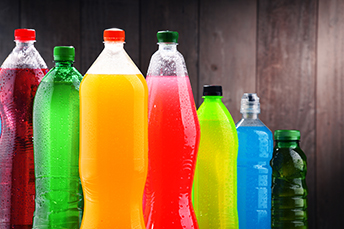 How To Ride Out An Inverted Yield Curve

by Steve Brown Topics: hedging, interest rate risk, risk management
Summary: It's been nearly four months since the yield curve inverted for the first time in nearly 12Ys. What should your institution be doing now to protect itself?

Whether it's a relationship or a soda-pop, when something is said to go "flat" it usually means the fizz or the specialness has gone out of it. Hence, when economists the world over observe that the yield curve itself has flattened, eyebrows throughout the financial industry rise.
It's been nearly four months since the famed yield curve, which plots bond yields from shortest maturity to longest, inverted for the first time in nearly a dozen years. The yield curve is considered a barometer of economic sentiment, and this turnaround has been seen to signal a potential massive slowdown for the US economy. In essence, an inverted yield curve means that bond holders are willing to settle for lower long term yields because they think an economic recession is in the near future.
For banks, especially community institutions whose bread and butter is lending, this inverted yield curve typically means there is much less gain to be made on loans. Smaller lenders are also at a disadvantage in this environment, because they do not run large trading desks or money-management units, which for larger bank competitors can help significantly to offset the overall reduction in interest rates when the yield curve inverts.
Indeed, even as of a year ago, when the inverted yield curve was just a glint in economic pundits' eyes, the KBW Bank Index had already fallen 1.5% for the year, which in turn also took its toll on the value of bank stocks. While many economists and government regulators have downplayed recession concerns and economic worries, community institutions are likely to feel more of the brunt of this inverted yield curve. The Dallas Federal Reserve Bank, among other economic prognosticators, have heralded the fact that while yield-curve inversion typically lasts a year or less, the flattening is likely to affect these institutions and reduce their profitability much more than larger financial institutions. With this in mind, here are a few steps that may help.
Focus on fee generation to manage short-term earnings. Banks make money by borrowing short-term funds and lending them out for longer-terms. But the inverted yield curve makes that much more difficult. Hence, you may need to consider where and how you can effectively generate fees, to balance out declining loan income. Hedging is one way to do this. Your institution gains even as the yield curve is inverted.
Reset existing loans. In an inverted yield curve, borrowers are often tempted to shop their loans to other financial institutions with lower rates. You can proactively staunch potential loan prepayments by offering to refinance your most desirable or valued customers to keep them onboard.
Consider loan variant options. While the inverted yield curve does signify a few clear indications, there are several unknowns. If lenders see this rate environment as a sign of coming recession, then they should stick with their knitting and keep booking fixed rate loans. Lenders who consider the inversion an economic blip (and not indicative of any long-term downturn) might want to offer more hedged floating rate loans. Lenders cash in on the higher floating rate received while borrowers pay a lower long-term fixed rate.
If you need additional information on inverted yield curve strategies or hedging, feel free to contact us.
Subscribe to the BID Daily Newsletter to have it delivered by email daily.

JD Power research finds the most common types of financial advice US retail bank customers want from their bank are investment related (41%), quick tips to help improve their financial situation (39%), retirement related (38%); ways to keep track of spending and household budgets (33%), and saving for a large purchase (27%).

eMarketer research finds that by generation, millennials are the most prolific digital assistant users at just over 39mm, followed by boomers (19mm) and Gen X (17mm).