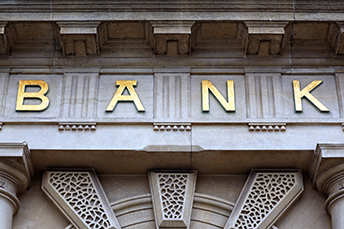 compliance
regulatory
marketing
Summary: The CFPB has significantly stepped up its enforcement of UDAAP violations. We offer UDAAP reminders to keep your bank compliant.
Share this Article:
FDIC data shows that since 2010, the largest 6 banks have captured 79% of the growth in domestic demand deposits. Today, this group has increased their overall market share from 66% to 74% over that same time. Also of note, 77% of deposit transactions at Bank of America are reportedly done using digital devices today.
As you ponder the shifting trends around customer deposit activity over the past 9Ys, in another area of the bank, your team may also be thinking about what constitutes unfair, deceptive, or abusive acts or practices (UDAAP).
It's good to brush up on the details, as the CFPB has significantly stepped up its enforcement of UDAAP violations. Indeed, last year there were UDAAP consent orders totaling $1.35B - 10x the amount in 2017.
What makes it even trickier is that the Dodd-Frank Act, which expanded the standards to include "abusive," did not actually cite specific examples of abusive acts and practices. So far, regulators have taken the "know-it-when-you-see-it" approach, only citing examples in enforcement actions. As such, it's wise to familiarize yourself with the details of enforcement cases.
Per the law, an act or practice is unfair when it causes or is likely to cause substantial injury to consumers; the injury is not reasonably avoidable by consumers; and the injury is not outweighed by countervailing benefits to consumers or to competition. For example, the CFPB could issue an order if a bank took too long to release a lien on a house after the final mortgage payment was made--which resulted in the customer not being able to obtain credit on the most favorable terms.
A deceptive act or practice is one that misleads or is likely to mislead the consumer; the consumer's interpretation of it is reasonable under the circumstances; and the misleading representation, omission, act or practice is material. Banks could receive an order if their loan ads were confusing and they failed to clearly explain the details.
The law provides general guidance on what constitutes an abusive act or practice: one that materially interferes with the ability of a consumer to understand a term or condition of a consumer financial product or service.
Also, the regulators consider an abusive act or practice to occur if the bank takes unreasonable advantage of one of the following: a customer's lack of understanding of the material risks, costs or conditions of the product or service; the inability of the consumer to protect his or her interests in selecting or using a consumer financial product or service; or a reasonable reliance on a bank to act in the interests of the consumer.
In recent enforcement actions, abusive practices include: loan terms and interest payments that were far more expensive than those offered by other lenders and opening accounts without account holder consent.
The CFPB has announced that it will issue guidance to more clearly define what constitutes an abusive act or practice, though it did not give a timetable. For now, you should regularly read the agency's list of enforcement actions to make sure you're in safe waters.
Subscribe to the BID Daily Newsletter to have it delivered by email daily.