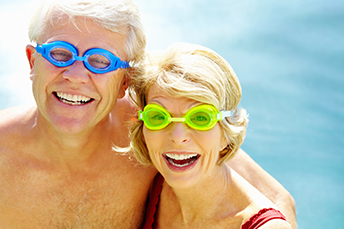 by Steve Brown Topics: regulatory, compliance, marijuana banking
Summary: Banker confusion around marijuana businesses swirls because the states are not aligned with the feds right now. Is change coming?

You get a little bit older every minute of every day. Technical and medical advances get a little bit better every day too. That is why it is no shock the Social Security Administration projects 33% of today's 65 year olds will live past age 90. That means a whole lot of people who retire at 65 will spend 30Ys in retirement. While that is good for travel, restaurants and the like, it does call for solid savings (jump in here banks) and long-term thinking.
Another area banks have been doing some short and long-term thinking has been around marijuana-related businesses (MRBs).
For their part, many states have legalized or launched initiatives to legalize certain marijuana-related activity. Marijuana is covered under the Controlled Substances Act (CSA) and the CSA makes it illegal under federal law to manufacture, distribute, or dispense marijuana. FinCEN indicates that even the Cole Memo reiterates Congress's determination that marijuana is a dangerous drug and that the illegal distribution and sale of marijuana is a serious crime that provides a significant source of revenue to large-scale criminal enterprises, gangs, and cartels. So, despite many states getting into the act, this still sounds spooky to bankers trying to figure out how to provide services to MRBs or avoid them altogether (very difficult now given the widespread nature).
To set the record straight, the CSA divides drugs and other substances considered to be controlled into five schedules. The first of those known as "Schedule I" are deemed by the government to have no currently accepted medical use in the United States, a lack of accepted safety for use under medical supervision, and a high potential for abuse. Substances that fall into this category are: heroin, LSD, marijuana/cannabis, peyote, methaqualone, and Ecstasy.
Banker confusion swirls because the states are not aligned with the feds. That increases risks to banks as entities, the directors and the bankers themselves directly. It would be really nice if Congress would fix this nationally.
One piece of legislation just introduced in April 2019 is known as Secure and Fair Enforcement Banking (SAFE) Act of 2019. While this legislation has a long way to go before becoming a law, it still would not change the Schedule I status, but rather give some safe harbor to banks in dealing with MRBs. If this one does eventually get through, it would thread the needle by making it ok for banks to work with legitimate statewide licensed companies, while not being too prescriptive to law enforcement. The big issues here that appear to need some work are that D&O insurance is still null and void if a bank participates in any illegal activities and FDIC insurance would not be covered either.
Another piece of legislation is known as the Strengthening the Tenth Amendment through Entrusting States Act (STATES). It doesn't have the momentum of the SAFE Act in Congress, but it would amend the CSA. To do that though, it would have to wind through the judiciary committees in Congress and they seem to be pretty busy right now.
At this point with the 2020 election year soon upon us, nothing will likely change until after that. So, regardless of the discussion swirling around marijuana banking, nothing has yet been decided; so you must actively weigh the risks.
Subscribe to the BID Daily Newsletter to have it delivered by email daily.

DataTrek Research did some interesting analysis from Google search results. They looked at searches that might indicate people expect a recession. The good news is that terms like "coupon" or "unemployment" that are early indicators of a recession remain low; so people do not seem very concerned about recession at this point.

The chief investment strategist for Blackstone told CNBC that "economic growth is slowing" but "inflation is not nearly as weak as the market expects" and the US will "avoid recession for a long time." As such, he predicts the Fed will cut rates 25bp at the next meeting as insurance, but won't do multiple other rate cuts at future meetings.