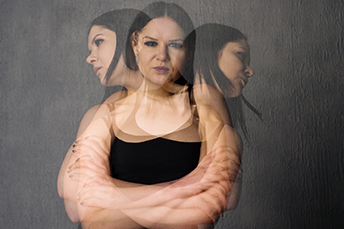 by Steve Brown
deposits
BSA/AML
cryptocurrencies
Summary: Some banks are crypto-friendly these days. We provide a few examples. Yet, banks that accept cryptocurrency-sourced deposits need to be especially vigilant around AML rules.
Share this Article:
In an interesting advance, scientists have reportedly developed an artificial intelligence tool that can accurately detect early patterns of psychotic disorders. Such disorders typically occur when people are in their 20s and early warning signs can show up as early as age 17. A tool that predicts whether people are going to develop psychosis later in life could be helpful it seems.
No matter your thoughts about how much technology should creep into our lives or whether it is good or bad, suffice it to say that it does keep moving forward.
One area where technology has impacted banks and customers of banks is in the cryptocurrency area. If you've been skeptical of the cryptocurrency craze, here's something to back up your concerns. A Treasury official says cryptocurrency is being exploited by terrorists who use it to raise money for their operations, and by scammers who use it to fund rip-off schemes (with losses in the past 2Ys estimated at around $1.5B).
Indeed, G20 finance ministers have called upon the Financial Stability Board (FSB) to monitor risks and consider work on additional multilateral responses to cryptocurrency matters following their meeting last month. As this picks up globally, US community financial institutions can also expect to see more formal guidance related to these risks bubble up too.
In the meantime, banks that accept cryptocurrency-sourced deposits - or are considering it - need to be especially vigilant around Anti-money Laundering (AML) rules. The murky nature of cryptocurrency has thus far been tough for the banking world to handle. However, there are a few examples of financial institutions accepting these deposits.
One of those is digital-only Simple Bank, owned by Spanish bank BBVA. It provides FDIC insured deposit accounts, issues account holders Visa debit cards and grants access to its online banking system using a mobile app. It is reportedly a cryptocurrency friendly bank.
Ally Bank is another huge online bank where cryptocurrency enthusiasts can reportedly find a home for their deposits.
In the smaller bank space, Metropolitan Bank ($2.5B, NY) and Silvergate Bank ($1.9B, CA) also compete with these behemoths for this business, as well as with other large global banks too.
It should be noted though that banks don't actually accept bitcoin or other cryptocurrencies. Instead, they provide what is known as "fiat liquidity." In other words, these institutions offer a place for cryptocurrency owners to deposit holdings in dollars.
It should also be noted that those types of transactions also fall under BSA/AML and can be subject to investigation by federal authorities. For banks playing in this space, regulatory scrutiny appears to be continuous.
So, there remain good reasons for banks to be cautious and tread carefully in the world of cryptocurrencies. But, doing it right, as seen above, can also work. Bottom line - stay safe out there, no matter what you are doing.
Subscribe to the BID Daily Newsletter to have it delivered by email daily.

The Emerging Crypto Lending Landscape
As adoption of cryptocurrencies grows, cryptofinance and crypto lending are extending their reach and proving alluring to some borrowers and lenders alike. We give you an overview of this developing trend — certainly one for community financial institutions to watch.

Three Ways To Generate Income
With increasing interest rates, community financial institutions stand to enlarge their net interest margin. Yet, lending competition is fierce in many areas, so it won’t always be easy. We give you three ways to generate income in the current rate environment.