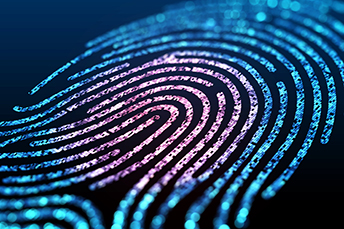 The Rise of Biometric Payment Cards

by Steve Brown
technology
biometrics
payments
Summary: Biometric payment cards are meant to boost security by embedding fingerprint sensors that match the cardholder's print to a digital image stored on the card. We have more details on this growing market.
Share this Article:
Merriam-Webster defines biometrics as "the measurement and analysis of unique physical or behavioral characteristics (such as fingerprint or voice patterns) especially as a means of verifying personal identity." It also indicates the first known use of biometrics was 117Ys ago (way back in 1902).
We bring this up because Goode Intelligence forecasted in October that there will be nearly 579mm biometric payment cards in use by 2023, and 2019 will see the commercial launch of biometric payment cards.
For those who are unfamiliar, biometric payment cards are meant to boost security by embedding fingerprint sensors that capture and match the cardholder's print to a digital image stored on the card. This removes the need for a PIN or signature. Instead, a fingerprint is all that's required to confirm a purchase.
The advantages of this approach are multi-faceted from a customer security and risk perspective. It's yet another viable option for customers who prefer to pay via card vs. smartphone, but who don't want the hassle of entering a PIN or signature.
Further, a more secure card experience could prove popular with customers, especially given high incidents of credit card fraud. Credit card accounts remained the most prevalent targets for new account fraud, according to the 2019 Identity Fraud Study by Javelin Strategy and Research.
Certainly, biometric payment cards are still in the early stages of coming to market in the US. They are, however, gaining traction in several places around the world, including South Africa, the Middle East and Italy.
Global payment networks, including Visa and Mastercard, have also launched biometric payment card pilots and initiatives. Here in the US, Visa is piloting a chip and contactless biometric payment card, with new trials of the technology also underway in other regions as well.
Companies are also working on improving the technology that allows customers to enroll more seamlessly. Current approaches include on-card enrollment, using a payment terminal or doing so at a bank. Biometrics company, Fingerprint Cards recently launched a new enrollment solution that even allows cardholders to add their fingerprints to a card before taking it out of its original packaging.
While this is still in the early stages, don't be surprised if it moves along the development curve quickly. People are more familiar these days with biometrics, so adoption could be rapid, once a viable card is available.
Although this may not be something for your customers right now, we hope it has been worthwhile to learn about it as the future will indeed one day become the present.
Subscribe to the BID Daily Newsletter to have it delivered by email daily.

More Highly Involved Community Banks
When you pay homage to someone, you are giving them a special honor or respect in a public way. We continue our homage to community bankers today.

Employee Engagement Tips
Having quality employees who are invested in the success of your business is crucial for community banks. Attracting the right employees is not enough, though.