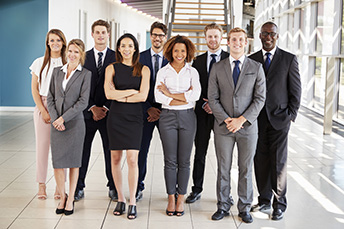 by Steve Brown
regulatory
strategic planning
Summary: There was an almost unprecedented year of regulatory changes. We give you the highlights.
Share this Article:
To get more done this year, it might be time to try the Rule of 52 and 17. This rule is based on research detailed in the book, Peak Performance. It finds that using interval training similar to sports can significantly enhance productivity. Employees who work 52 minutes and then take 17 minutes of rest (interval training) should move into the top 10% of the most productive, so perhaps it is worth a try.
Speaking of things to try, the same could be said of banks. Last year was an almost unprecedented year of change in regulations. New and changing legislation included the Home Mortgage Disclosure Act (HMDA), Regulation B, BSA customer due diligence rules, the Prepaid Accounts and Electronic Fund Transfer Act, Truth in Lending Act--all of which may have a profound effect on how community banks operate and interact with their customers. While we touched on these last year, we thought it would be helpful to give you a short list of the regulatory changes that are likely to have the greatest impact on peak performance for community banks:
Dodd-Frank Repeal: In May 2018, the Economic Growth, Regulatory Relief and Consumer Protection Act, commonly known as the Dodd-Frank repeal became law. This law removes many of the regulations imposed on banks in the wake of the recent recession, but it also impacts the use of mobile banking and electronic signatures. The new law includes a provision called the MOBILE Act (Making Online Banking Initiation Legal and Easy), which makes it easier for banks to onboard new customers remotely. Also, e-signatures can be used to validate key customer information.
Expanded Exam Cycle: Regulators adopted final rules that permit banks with assets less than $3B to qualify for an 18-month on-site examination cycle. As long as your bank is a CAMELS composite rating of 1 or 2, you are good to go.
Simplified Capital: After the EGRPRA in 2017, regulators began to consider simplifications to the capital rule with the goal of meaningfully reducing regulatory burden on community banks. Amendments to Dodd Frank directed regulators to develop a community bank leverage ratio (CBLR) of not less than 8% and not more than 10%. This is out for comment now.
Reduced Reporting: Regulators published advanced rulemaking that would expand the eligibility to file a streamlined report of condition (Call Report) and include certain insured depository institutions with less than $5B in assets that meet other criteria; and institute the 051 Call Report that provides reduced reporting for the 1st and 3rd calendar quarters of a year.
General Data Protection Regulation (GDPR): Also in May, the landmark GDPR privacy legislation came into effect, giving control over personal data to EU citizens and residents. Companies that handle data belonging to EU citizens (no matter where they are located) must comply with the GDPR or face severe financial penalties. While US community banks almost entirely work with US customers, you must be careful as this legislation has and will continue to have a great impact on customer privacy regulations. Already, CA has passed similar privacy regulations, so expect other states to follow.
Subscribe to the BID Daily Newsletter to have it delivered by email daily.

Specifically Meeting Small Business Demand
According to a study by PayNet and Raddon, small businesses are eager for loans. We provide you with some insight from this report to help you win over these eager customers.

The Goals Of The Community Bank Index
In an effort to get an ongoing pulse on the nation's community banks, the CSBS is creating a sentiment index. We tell you what this will measure and how it can be used.

To sign up someone at your bank to receive this complimentary publication, just forward them this link and we will do the rest.