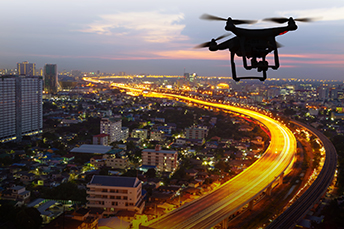 Will Cannabis Businesses Be Flying High?

by Steve Brown
compliance
business customers
strategic planning
Summary: While cannabis is still illegal in the eyes of the federal government, legislative wheels are turning. We give you an update.
Share this Article:
Well it looks like Amazon won't be the only player in the drone delivery business, if all things work out. Now, Airbus has jumped into the act, with an automated delivery drone service that it has dubbed "Project Skyways". The drones land on specially-designed parcel stations that have a robot inside. The robot senses when a package is dropped off or delivered to the station and either loads or unloads it automatically. Who knows where all of this goes, but it is certainly interesting.
Another area of interest that banks are monitoring is all about cannabis. Local municipalities are trying to cash in on the issue banks face, where cannabis entities remain illegal at the federal level, while legal in various forms in some states.
Banks would certainly like to get into the opportunity that legalization would deliver. Large tobacco and food companies also are eager, as they see it as an alternative to cigarettes or a new growth opportunity for edibles.
No matter where you come down on this issue, things remain difficult for now, due to the federal laws.
Many community bankers are reluctant to bank these customers, since their business activity is seen as illegal. As a result, many cannabis businesses operate only in cash, which in turn opens them up to more potential malfeasance, public safety issues, and blocks banks from working with an emerging sector of local customers.
Legislative wheels are turning though, albeit slowly. Consider:
Senator McConnell introduced a bill earlier this year that would authorize hemp as an agricultural product. Making progress in the federal legalization of hemp products could move the needle towards marijuana legalization over time, some believe.
Senators Hatch and Harris are also sending a letter to the Department of Justice and the Drug Enforcement Agency, calling on them to increase the pace of medical research in cannabis. There have been more than two dozen applications submitted to the DEA awaiting approval to produce federally approved research-grade marijuana.
Finally, Representative Rohrabacher recently issued a statement that he plans on introducing a stand-alone bill that will respect a state's right to regulate cannabis. It would make the Rohrabacher-Bluemenaur Amendment permanent.
A Gallup poll finds marijuana legalization is a bipartisan issue, with a reported 64% of Americans saying they support it. Making cannabis sales legal across the country would arguably have the biggest effect on how these businesses are able to access banking services. However, it doesn't come without many caveats and perhaps multiple unintended consequences either.
I guess we will have to wait and see how this all plays out over time. Who knows, maybe one day your pot will be delivered by drone someday right to your front door.
Subscribe to the BID Daily Newsletter to have it delivered by email daily.

Surfing Through Fee-Free Options
Big banks are bowing to pressure from fintechs and offering fee-free mobile-only accounts. We give you the details on what is happening and how best to compete.

No Way To Disconnect From CECL Readiness
As CECL draws closer, only 3% of community banks are ready to implement it. A new survey from RMA shows what banks are doing and covers some of their biggest concerns.