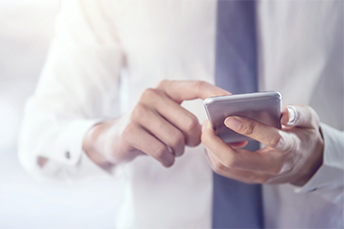 by Steve Brown
payments
cryptocurrencies
Summary: Some central banks are testing the use of their own cryptocurrencies in some form. We provide you with an update.
Share this Article:
More and more stuff happens on your smartphone. Look no further than a study from late last year by comScore. It found that 23% of all US e-commerce dollars were spent using a mobile device. Meanwhile, mobile spending by category was most often on: toys & hobbies (58%); video games, consoles & accessories (55%); music, movies & videos (51%); jewelry & watches (51%); computer software (41%) and sports & fitness (40%).
It now seems central banks globally are dinking around with the possibility of eventually issuing their own cryptocurrencies. Canada, Sweden, Singapore and China are all dabbling.
The Central Bank of Canada has done some testing on the use of cryptocurrencies in the form of a wholesale token for payments between banks. Sweden's central bank is in the process of studying the possibility of using a cryptocurrency version of their hard currency for small payments. The Monetary Authority of Singapore is currently testing the effectiveness of using blockchain technology and tokens for cross-border settlements. China has been testing a blockchain type of system as well as developing a digital currency.
While both Canada and Singapore say they have so far been underwhelmed by their test results, such tests are likely to become more commonplace.
You may not have been keeping track, but there are almost 1,400 cryptocurrencies on the market. The fact that there is no central body policing things or backing up transactions makes them risky, but also interesting. That is why central banks are interested too. It goes without saying that at some level their own versions would be welcomed by many to provide the stability and transparency that is currently lacking in the market.
However, this is a process that will take time, especially as important elements such as transparency and technological vulnerabilities need to be addressed and resolved. Meanwhile, it is clear that consumer demand for faster and less expensive payment options is not going away.
So, how will all this ultimately affect community banks? While the ability to safely make payments worldwide in real-time is an attractive prospect at some level, most feel it is probably overkill. Particularly if it introduces more risk and cost without much upside beyond real-time flows.
It remains to be seen how all of this works in the end alongside cash, checks, ACH, debit and credit cards, so we will all have to wait. However, things are interesting, to say the least, as we go along this experimental path.
A paper issued last year by the St. Louis Fed goes in really strong on the subject saying they "predict that no reputable central bank would issue a decentralized virtual currency where users can remain anonymous. The reputational risk would simply be too high." The authors indicate central banks are more likely to "issue central bank electronic money" that could be tightly controlled.
For its part, the Bank for International Settlements (regulator for regulators worldwide) recently put out a report indicating that it does not believe central banks should be too hasty in efforts to offer their own cryptocurrencies and need to be thorough in their reviews of the potential implications of doing so. As this situation progresses, we will continue to keep you updated.
Subscribe to the BID Daily Newsletter to have it delivered by email daily.

Is P2P Giving You Gray Hair?
It may seem as if P2P payments, such as Zelle, will soon be the new standard payment method in the US. Bankers should note this is not the case, but it cannot be ignored either.

The Big Wave Of Mobile Location Data
Mobile geolocation is now being used in the financial industry. But, according to Cornerstone Advisors, banks need to do it right to keep customers happy.