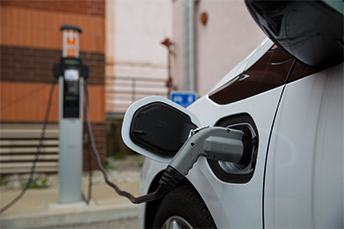 Energizing The Unbanked And Underbanked

by Steve Brown
profitability
strategic planning
Summary: With technology and financial literacy outreach, several community banks are finding it easier than ever before to attract the underbanked and unbanked. We show you ways to do this.
Share this Article:
A survey by AAA finds 20% of Americans now say their next car will be an electric one vs. 15% who said so at the same time last year. People said they were attracted by lower ownership costs, more safety features and longer driving ranges. Primary concerns cited by potential buyers are: reliability (92%), crash ratings (77%), cost (71%), acceleration/handling (69%) and advanced safety technology (60%).
Another electrically charged issue in banking relates to discussions that have been going on for years around attracting the unbanked and underbanked. Now, with technology and financial literacy outreach, several community banks are finding it easier than ever before. That makes sense when you also consider how fast community banks have been ramping up digital offerings, allowing for growth into various customer groups.
One community bank in FL is offering an all-digital checkless checking account with a debit MasterCard, to bring in customers without any banking ties. People can open and use the account through a single mobile app, which also comes in a Spanish-language option.
This bank also has found a way to build trust with customers, by integrating its personal budgeting tool on the app. The tool automates goals for people, such as paying off credit card debt. It helps build a deeper connection with customers and increases the chances that they may one day go into the bank's branches and seek out additional products and services.
Why would offering an all-digital account be a good idea to better reach customers? One reason is because it can enable banks to overcome some of the obstacles that keep many individuals away. It is often cited in surveys that branches are simply not close enough, or nearby branches are not open when needed for those who work different shifts.
An all-digital account can overcome those obstacles; given 77% of Americans own smartphones, according to the Pew Research Center. Reliance on smartphones for online access is especially common among younger adults, non-whites and lower-income Americans, according to Pew. People who can't easily get to a branch when it's open can use their mobile device practically anywhere and anytime.
However, supporting customers is not just about convenience. Some people feel wary of entering a branch because they aren't financially confident. Creating value and trust through education can help these customers. Community banks can help people overcome their uncertainty by offering online personal financial management tools and financial advice as well.
This connection can also expand to include areas where people already feel comfortable. Several community banks in KS offer financial literacy classes in area churches, elementary schools and even at major employers' workplaces. These banks target Hispanic customers so they also have Hispanic staff that speak the same language and share the same culture. They report this approach vastly increases trust within their communities and helps them stay connected with digital-dependent customers.
There are millions of unbanked and underbanked households, which annually generate more than $100B in revenue, according to the Center for Financial Services Innovation and Core Innovation Capital. That's a good reason for any bank to think about potential ways to connect with these customers too. Who knows - once you get things moving, the accumulation of charge might just build into a strong current of energy.
Subscribe to the BID Daily Newsletter to have it delivered by email daily.

Optimizing Employee Training
Overall time spent on compliance training has increased by 40% in recent years, according to the Bank Administration Institute. Ways to optimize your employee training.