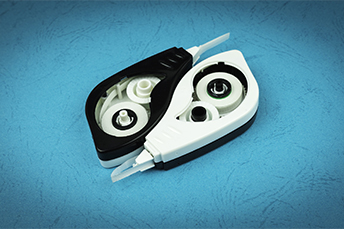 by Steve Brown
strategic planning
board of directors
liquidity
Summary: For banks that aren't ready to go public, but require liquidity, there may be several viable alternatives.
Share this Article:
What is old is new again. An amazing scientific breakthrough uses a handheld printing device to deposit skin directly onto burns and other wounds. The printer works similarly to older white-out tape dispensers (also known as Liquid Paper), which were used to cover typing mistakes back in the day. It works instead of a skin graft and does not require healthy skin to be removed either. We think this is fantastic for burn and other wound victims, and we thank University of Toronto researchers for their hard work.
Many privately held banks have a similarly difficult problem to solve. Only, instead of coming up with an innovative variation to Liquid Paper, theirs involves shareholder liquidity. For banks that aren't ready to go public, but require liquidity for any number of reasons, there may be several viable alternatives. We provide you with a few options to consider:
Dividends: Many privately held companies do not pay dividends and instead accumulate excesses. Those who do not reinvest in growth, tend to have lower returns over time. A Mercer Capital analysis finds two things tend to happen to such entities. First, management may not be incentivized to do so and two, they make unwise decisions to use the cash. To fix this issue, having a robust dividend policy can help banks keep risks in check and provide needed liquidity to shareholders. A dividend can be ongoing or it can be a special 1x occurrence. The downside to dividends is that once implemented, shareholders generally expect it to continue at the same level or higher. So, if you don't plan on doing it on an ongoing basis, or you don't think you can maintain a particular level, you should set shareholder expectations in advance.
Buy Back Shares: There are a few reasons why this could be a viable option for privately held banks. The first is that it's a way to return surpluses to shareholders. Another reason is to provide an exit route for some shareholders, such as when they wish to retire or leave for another reason. If you go this route, you will need to set the proper pricing and make sure there are no issues prohibiting a buyback of shares. Also, you'll want to carefully lay out terms to shareholders, some of whom may be unfamiliar with the process, to ensure everything is done in an equitable manner.
Seek New Investors: As aging demographics take hold, some directors or retiring management may wish to cash in their shares. Still others may need cash to fund various expenses. Selling shares to new investors is one way to deal with this issue. Advantages include an opportunity to bring new investors to the bank and diversification of ownership. Risks to this strategy include such things as introducing a different dynamic to the shareholder base, when it shifts to the unknown, which could ultimately affect bank control.
It is important for banks to revisit the issue of liquidity regularly, at least 1x per year. Consider whether you're now big enough to go public, whether you want to, what equity structure you need to support strategic efforts and whether you can provide liquidity to shareholders when needed.
This is a vexing issue for many community banks, so ongoing planning in context of growth and risk stress testing can be helpful to size the issue, so you can develop options. In the meantime, keep moving along with industry changes as you utilize these tried and true methods to help manage shareholder liquidity, both now and into the future.
Subscribe to the BID Daily Newsletter to have it delivered by email daily.

The Skinny On Cannabis, Real Estate And Criminals
A recent crackdown on money laundering through marijuana and real estate provides important reminders for banks to carefully and actively manage their risk.

Less Burdensome Exams
Efforts are afloat to reduce regulatory burden for community banks. We map them out.