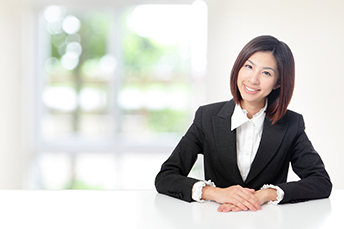 Embarrassing Fraud And Other News

by Steve Brown
risk management
fraud detection
Summary: As banks try to help fraud victims, they may be hampered by the very customers they are trying to protect. Interesting insights your bank could leverage.
Share this Article:
People in Japan seem to generally love technology and this country is one of the fastest adopters of all things tech. Now it seems this love of technology has moved to the weather. That's right, Erica the robot or weather bot has arrived. Erica is designed to look like a 23Y old woman and she will reportedly even sit behind a news desk. She will read a teleprompter starting this spring. We wonder how long it will take for Erica to show up on news broadcasts in the good old USA and whether her weather forecasting will be any more accurate than the human variety.
Maybe robots can help stamp out fraud in banking too if they can get human customers under control, that is. It seems that as banks struggle to deal with ever increasing instances of fraud, the very people they are trying to help - fraud victims - may be unknowingly hampering some of these efforts.
British bank Barclays recently discovered that 33% of all people in Britain have fallen victim to fraud, some even twice. Meanwhile, 34% of those failed to report it to their bank and over 50% did not even mention it to family or friends. The most common reason was embarrassment over being defrauded in the first place.
It turns out things aren't any better in the US, as the CFPB says that only 1 in every 43 instances of financial fraud against the elderly (among the most active type of financial fraud), is reported to law enforcement for the very same reason.
As Barclays uncovered, most people are victims of fraud through online shopping scams, fake bank websites and identity theft. However, the average individual will only report fraud if they lose in the neighborhood of $300 or more. It seems to be a matter of "saving face" when costs are relatively low.
In the US over the past 5Ys alone, 46% of Americans have been the victim of credit card fraud, according to ACI Worldwide. While debit card fraud isn't quite as rampant, ACI found that 21% of Americans have been debit card victims over the past 5Ys as well. These numbers could even be higher, given the fact that embarrassment may be keeping Americans too from reporting crimes of fraud.
In the specific case of senior citizens, which represent the most actively targeted group of individuals, more than $36.5B was lost to fraud in 2015 alone, according to the North American Securities Administrators Association. That amount is only expected to keep going up, as criminals more actively target this demographic with increasingly sophisticated scams.
Given the rising level of fraud worldwide, coupled with a sense of embarrassment for the victims, it may help banks to make targeted efforts to remove some of the stigma for fraud victims.
To do so, ramp up education and regular communication, as both are effective ways to reach your most vulnerable customers. Seminars can also be geared to seniors to not only give them the education needed on fraud and how to handle any fraudulent activity, but also give them a way to connect as a group and share their experiences. Finally, consider adding in-person clinics, monthly emails, and even making individual calls to important customers who may be targeted.
Subscribe to the BID Daily Newsletter to have it delivered by email daily.

Regulatory Supervision, Trust And Distance
Hub-and-spoke regulation is reviewed by industry researchers. Some of the interesting findings are revealed.

Bank of America said it will open 500 new branches in various markets around the US over the next 4Ys, as it pushes into new regions. It looks like the branch is not totally dead after all perhaps.

1) San Francisco Fed President Williams said he supports 3 or 4 rate hikes this year and that the economy is performing as Fed officials have expected. 2) St. Louis Fed President Bullard said the Fed should not take too aggressive a path on interest rate increases or it could go too far, too fast.