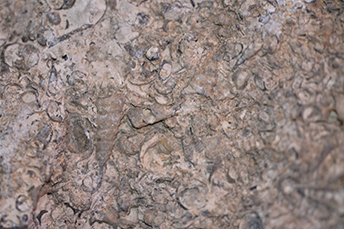 by Steve Brown Topics: strategic planning,  profitability
Summary: With the new tax plan, there are changes in tax rates and deductions. Is a C corporation or Subchapter S corporation structure best for your bank now?
Share this Article:
You probably heard about work led by Tel Aviv University in Israel. A team there found a fossilized portion of a human upper jaw that dates back to somewhere around 177,000 to 194,000 years old. The most interesting part is that it is so old, it seems to indicate the evolution of Homo sapiens actually occurred 100,000 to 200,000 years earlier than originally known. It just goes to show you that no matter what you think you know, things keep changing, so you need to keep learning.
Accordingly, no matter the age of the bankers you know, the same holds true in this industry too. For example, it used to be that bank owners could substantially trim tax bills by operating as a Subchapter S corporation.
The new tax reform law changes that for Subchapter S (Sub S) and other pass-through businesses. The final law allows pass-through businesses to deduct up to 20% of qualified business income, but that also depends on some things. One key issue that is a really big deal is that the deductions for Sub S corporations that are employee driven businesses are dependent on payroll. Essentially, it rewards companies that have a lot of employees by providing an incentive to hire new employees.
As of September 20, 2017, around 33% of US banks were Sub S corporations, the vast majority with less than $1B in assets. These management teams are busy figuring out whether it makes sense under the new tax law to stay or change. If not, they'll need to shed that status before the federal deadline of March 15.
Some analysts say the new tax law may be better for C corporations than for Sub S corporations, in part because of the widening tax rates between the two. Before the new law, Sub S corporations were generally taxed at 39.6%, while C corporations were taxed at 35.0%: a difference of 4.6%. Under the new law, C corporations will pay 21.0%, but Sub S corporations will be taxed at 29.6%: a gap of 8.6%, or nearly double.
On the plus side, the recently passed regulations do contain a special deduction against qualified business income that could apply to investors in S corporations. However, the $10,000 individual limit on deductions of state and local taxes will also apply to Sub S corporations' investors, but not to C corporations. It's easy to see why some banks wonder if the tax flow-through is still worth having (although as with all things tax related, the problem isn't that easy either).
For some banks, keeping Sub S status is the right call. A community bank in NC states that it has no plans to convert back to C corporate status after transitioning to Sub S corporate a year ago. It sees the tax bill as a positive change overall, and plans to stay independent and pay greater distributions to shareholders.
Other banks will have to carefully consider the corporate structure that fits their market and priorities. At the very least, this is a good opportunity for banks to re-examine their corporate status and ensure that it is in keeping with current goals.
Subscribe to the BID Daily Newsletter to have it delivered by email daily.

Highlighting Good Helps Banks
More community banks are recognizing their small business customers' good works, which can provide them with reciprocal rewards. What some of your peers are doing.

S&P Global Market Intelligence reports branch closures sped up in 2017 with 2,151 net closings. This marks 8 consecutive years of declines and at the end of 2017 there were 88,812 total branches.

PwC's Digital Banking Survey discovers that on average only 25% of consumer banking products are available online.

The Financial Brand reports Raddon Research finds 28% of Gen Z believe all banking providers are the same, 31% do not believe they will need to rely on banks in the future and 42% are excited to receive financial services from Google, Apple, Facebook or Amazon.

What are your areas of focus for this year? We surveyed community bank CFOs last year on their priorities for 2018. Find out what your peers shared in this survey by requesting a copy of our white paper, 2018 Priorities for Community Bank CFOs