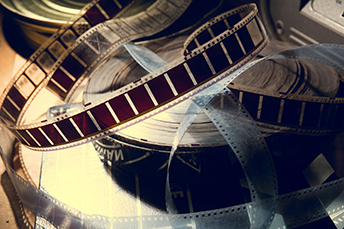 Critically Acclaimed Yet Challenges Ahead

As we enter the season of award shows, we thought it would be interesting to see what the critics thought the top 10 movies of all time were. Some of these were obvious to us, while others were quite surprising. How many of these critically acclaimed movies have you seen rated from #1 to #10 in order? Citizen Kane (1941), The Godfather (1972), Casablanca (1943), Boyhood (2014), Three Colors: Red (1994), Singin' in the Rain (1952), Moonlight (2016), Pan's Labyrinth (2006), Hoop Dreams (1994), and My Left Foot (1990). Enjoy binge watching this weekend!
Trying to make this list was no doubt a challenge for filmmakers, and community bankers are no strangers to challenge either. Although the FDIC reports Q3 2017 was a good one for community banks and the tax cut that happened in Q4 will be welcome in 2018, industry challenges still remain.
Looking back, Q3 proved a profitable one for banks, especially community banks. The FDIC reports community bank net income climbed $5B in the quarter vs. 1Y earlier, a 9.4% increase. While good news, the report also points to areas that bear watching.
Count: A quick analysis of institutions with assets < $1B finds that from Q3 2016 to Q3 2017 this group saw a YOY decline of about 5% in overall number (from 5,245 to 4,982). An even closer look finds institutions with assets <$100mm declined at a 9% pace, while those $100mm to $1B saw about a 3% rate. So, by count at least, smaller community banks disappeared at over 2x the normalized historical pace of roughly 1% per quarter (or 4% per year). Meanwhile, institutions at the larger end of the scale saw growth. Those with assets $1B to $10B grew 1% YOY during this period and those $10B or larger jumped 10%. Overall, institutions went from 5,980 in Q3 2016 to 5,737 in Q3 2017, for an overall decline right on historical average of 4%.
Performance: The FDIC reports 67% of community banks saw an annual increase in net income. This was driven by growth in higher yielding loans that outpaced higher funding costs. Overall, the average net interest margin (NIM) climbed 7bp YOY. Also, at 3.65%, the community bank NIM is 35bp wider than the rest of the industry at 3.30%.
Loans: During the period from Q3 2016 to Q3 2017, community banks generated loan growth as follows: nonfarm nonresidential real estate (+$43.4B and 52% of all loan growth), 1-4 family residential ($15.3B, +18%), C&I ($13.0B, +16%), construction and development ($10.6B, +13%) and agricultural production loans ($0.7B, +1%).
Ratios: As of the end of Q3 2017, community banks produced the following key ratios: ROA (1.08%), ROE (9.64%), efficiency (63.8%), net interest income as a percentage of total operating revenue (79.2%), and the loan loss allowance was 1.17%
Other: As of the end of Q3 2017, community bank assets were mostly in loans (70%) & securities (19%), while funding mostly came from deposits (92%) and FHLB advances (6%).
Mix: For the loan portfolio mix, community banks held mostly nonfarm nonresidential loans (30%), 1-4 family residential (26%), C&I (13%), multifamily residential (8%),construction & development (7%) and other loans & leases including farm (6%).
Risks: The FDIC flagged such things as: a continuing decrease in asset growth, a gradual uptick in charge-off levels, competitive lending conditions and a challenging rate environment.
No matter how you rank the top opportunities and challenges in community banking this year, looking backwards once in a while at trends can provide interesting insights.
Subscribe to the BID Daily Newsletter to have it delivered by email daily.

The OCC's semiannual risk report finds community banks, especially those <$100mm in assets have had underperforming ROAs compared to pre-crisis averages, because of lower margins, slower loan growth and higher operating costs relative to assets. ROAs are 25%-33% below pre-crisis averages.

The Financial Brand reports Raddon Research finds the following related to Gen Z (born in 2000 & later) bank accounts: 34% have a joint account with their parents, 33% have an account in their name only, 21% do not have any account, 8% don't know and 4% don't have an account now but have had one in the past.

JPMorgan research finds central banks could surprise this year with rate hikes that are beyond expectations, driven by stronger than expected global economic conditions.

The CFTC filed fraud charges in three new cases relating to virtual currencies. These are the first cases since the CFTC first allowed bitcoin futures contracts in December. On news of this, bitcoin fell 40%.