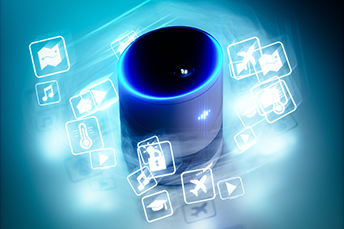 Alexa: Small Dollar Loans - In Or Out?

by Steve Brown Topics: lending,  small business
Summary: 82% of community banks currently offer small-dollar unsecured loans according to the Fed. Is this still a good idea?
Share this Article:
Would you take dating advice or any advice, for that matter, from a virtual assistant? Well, we found out that starting January 14th until Valentine's Day, Amazon's Alexa will be offering dating advice for anyone who asks. This "advice" is coming from a matchmaking company and should obviously be taken with a grain of salt. But, it makes us wonder, what other advice will Alexa be offering? Financial advice on small dollar loans perhaps?
Offering small-dollar unsecured loans to customers has sometimes provided an opportunity for community bank lending teams, but is also comes with big regulatory and market changes in the offing. As a result, it is unclear whether community banks will continue to be involved here or not.
Indeed, 82% of community banks currently offer small-dollar unsecured loans, according to a report on community banking released in November by the Fed and the Conference of State Bank Supervisors (CSBS). Given the size and scope of this line of lending, it is worth noting that 3.2% of banks under $10B in assets who were interviewed said they would be exiting the small-dollar loan business within a year. They indicated this was primarily due to concerns about greater and more stringent regulations.
But, the pendulum may already be swinging back, according to even more recent moves by regulators. The Consumer Financial Protection Bureau (CFPB) in October put forth new regulation that would make it more difficult for the non-bank payday lenders (who typically compete with banks in this space), to make high-interest, short-term loans. This move should shift more of this business to community banks. Specifically, the CFPB's regulation requires payday lenders to better gauge their borrowers' ability to repay debt, and limits the number of loans they can make.
In addition, the OCC has lifted its own prior restrictions that were holding back some banks from making small-dollar loans. Among other things, OCC regulations would provide an exemption to the smallest community bank lenders in this arena (those that make 2,500 or < loans a year, and earn no more than 10% of their revenue from these loans). This should also boost community bank opportunity.
The small-dollar unsecured loan market has offered plenty of peril and promise to banks over the past decade. For community banks, in particular, the market has represented a generally healthy business to fill out the loan portfolio. It provides a way to solidify customer relationships too.
Nearly 10Ys ago, the FDIC launched its own 2Y pilot program to help banks make more of a mark in this arena. It focused on ways banks could compete with increasingly dominant (and less regulated) payday lenders. When the FDIC released results on the effort in the spring of 2010, fewer than three dozen banks (31) in 26 states had chosen to participate in the program. Bankers said they stayed away to avoid regulatory issues and because they felt payday loan companies were already handily dominating this business.
While generally more bank-friendly regulations have allowed community banks to enter or expand their business here, risk remains, so be sure to do your homework. Even banks that already offer these loans told the FDIC that they saw this business more as a "community service" to win over additional customers, rather than providing much of a profit.
Some bank industry advocates have pointed out that the same regulation that would make life tougher for payday lenders would also substantially limit revenue opportunities for banks. That said, we hope we have given you enough information to at least get started if you want to try.
Subscribe to the BID Daily Newsletter to have it delivered by email daily.

Raising Teenagers And Capital
Community banks may want to fund mergers, acquisitions, and other expansions in 2018. Some ways to raise capital from institutional investors.

PwC's Digital Banking Survey finds 82% of smartphone owners age 18 to 24Ys old say they use mobile banking the most and have the highest adoption rates of any other group.

Last year, the spending worldwide on financial market information and analysis reached $27B for the first time in history.

Bank Director finds the top issues that boards say they currently focus on when it comes to technology are: cybersecurity (94%), improving processes within the bank (55%), implementing innovative customer facing technology (41%), staying on top of technology trends (40%), and the bank's relationship with the core technology provider (36%).