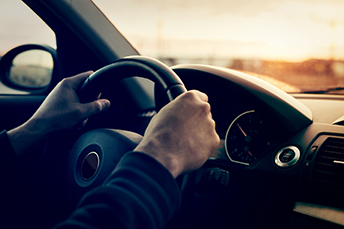 Driving To Mortgage Lending To Diversify?

by Steve Brown Topics: lending, risk management
Summary: The FDIC reports that as of Q3, YTD community bank lending growth in Single Family Residential was $17B. Some high level tips to consider in this market.

The American Automobile Association (AAA) reports the average vehicle life has reached almost 12Ys, and there are a record high 271mm automobiles currently registered in the US. People are hanging onto their cars longer perhaps in part due to new technology providing more lasting functionality than older mechanical parts that wear down more quickly.
Community bankers are not easily worn down, pushing some to gradually beef up their presence in the single family residential (SFR) mortgage market, despite extremely high regulatory hurdles. The FDIC reports that as of Q3, YTD community bank lending growth in SFR was $17B, second only to nonfarm nonresidential (CRE) growth of $43.4B and well ahead of C&I at $13B. Clearly, SFR lending remains decent for community banks.
There are tons of regulations to follow when you get involved in SFR lending, but it may also provide opportunity or increased risk for some, so care is warranted. Here are a few high level things to think about if SFR lending is on your list for 2018.
Watch credit cards. The NY Fed reported in late 2017 that credit card delinquencies increased during the year. About 4.6% of credit card balances were 90 days or more delinquent in Q3 vs. 4.4% in Q2 and 3.5% 1Y prior. While that is still relatively low vs. the ugly levels of 8% to 11% during the crisis, the trend is going in the wrong direction so bankers should be aware and monitor this area for consumer stress signals.
Monitor SFR delinquency rates. The St. Louis Fed reports that as of Q3, the delinquency rate on SFR mortgages held by US commercial banks was 3.62% vs. 4.36% 1Y prior and down dramatically from the high of 11.53% reached during the crisis. The good news here is that unlike the trend in credit cards, this one has been heading in the right direction since the crisis. That said, at current levels, it is about 80% higher than the 10Y average rate that occurred prior to the credit crisis, so there is still room to improve.
SFR helps with diversification. It's no secret that CRE lending remains a critical area of focus for many community banks and that will continue. However, too much of anything is not a good thing usually, so a diversification strategy could make sense. The key is to balance the demands of business and consumer borrowers against regulatory requirements, credit quality and diversification to ensure long term profitability.
Know what the customers want. To compete the most effectively in SFR (for those banks chasing this sector), know that customer tastes shift over time. Consider that a recent ABA survey found 60% of Americans said that while they use online resources for research, they prefer to apply for a mortgage in person. This compares to 17% who wanted to apply online and the rest who weren't sure. Meanwhile, the survey also found that while most consumers are interested in buying a home if they don't already have one, the biggest obstacles cited were: having a down payment (50%), doing so felt like maintenance and property taxes (50%) and dealing with student debt first (21%).
There is plenty of competition in the mortgage lending market, so being properly prepared is critical. As if that weren't enough, there is also a new variable being introduced in the form of the effect of the new tax deduction changes.
Not knowing how all of this will play out will require all bankers to be nimble and prepared, so do the work to protect the bank. Who knows - doing so the right way may also help drive your bank forward with new customers and new opportunities too.
Subscribe to the BID Daily Newsletter to have it delivered by email daily.

Investment management company Jones Lang LaSalle, reports malls are reinventing themselves as they include more lifestyle components such as apartments, hotels, gyms and parks in their spaces to accommodate changing customer tastes. More than 40% of malls are focusing on restaurant upgrades while 30% are adding non-retail components such as apartments. Also interesting, some 20% have removed the word mall entirely from their name.

According to a 2017 GOBankingRates survey, Americans overall have begun to save more money lately yet almost 40% still have no savings at all.

A Deloitte survey of global executives finds 65% of respondents say their cash reserves have increased. The primary ways companies intend to use that cash is seeking M&A opportunities (40%), investing organically in the business (33%), or buying back stock (14%).

A FHLMC survey finds 76% of millennial renters believe it is more affordable to rent than buy a home vs. 65% who said so last year. FHLMC says this is likely keeping home ownership for this group low.