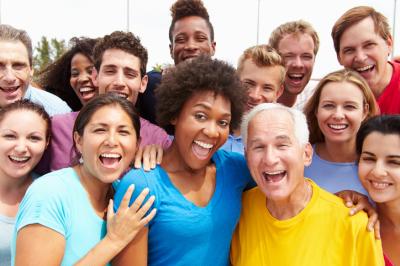 You may not have known it but the face reportedly has more than 40 muscles linked to facial emotions, facial expressions are innate and universal to humans, it takes 12 muscles to create a genuine smile, facial hair grows faster than any other type of body hair, and your lips are red because they have tiny capillaries of blood just below the skin's surface.

In banking, the latest biometric technology to gain some traction is facial recognition. According to results from a recent Juniper Research study however, more than 40% of Apple users in the US consider themselves unlikely to use facial recognition as a payment security technology. Instead, contactless payment users consider fingerprint sensors and voice recognition more appealing authentication methods, with 74% and 62% respectively, the research shows.

This information could possibly help community banks determine which biometric features to adopt. Banks are increasingly doing so to give customers an easier yet more secure way to access banking services. Passwords should be pass? by now but they are still the main way customers authenticate themselves all over the internet. As banks are well aware -- there is also a fine line between convenience, security and customer preference.

The survey comes in the wake of Apple's release of the iPhone X model, which offers facial recognition technology. Dubbed FaceID, it reportedly unlocks the phone and authorizes transactions. In answer to security concerns, Apple has publicly stated that there's only a one-in-a-million chance of another person's face being used to unlock a user's phone.

Yet, customers remain wary. That isn't altogether surprising given that biometric features, if compromised, can't be changed like a password or pin.

It's still early in the game, of course. While a few financial firms such as USAA and Citi already offer facial recognition, others have started testing the biometric waters. All sorts of options are in play, from iris scans to voice recognition. We expect facial recognition technology will become less taboo over time, buoyed by trend-setters like Apple. Progressively, the fear-factor will lessen and customers will become more accepting. That was certainly the case after Apple introduced Touch ID, its fingerprint recognition feature.

Although facial recognition technology has been around for decades in some capacity, Apple has a way of taking things to the next level. Customers today may still be uncomfortable with the notion of using their face as security, but that is likely to change over time.

Indeed, over the next 3 to 5Ys, Crone Consulting LLC projects facial recognition will account for more than 50% of all log-ins, account validations and authorizations for mobile financial services and mobile payments. That is right around the corner so things are definitely moving fast.

Consider also that driverless cars are becoming more common. In the next 3Y to 5Ys, imagine a world where you no longer carry a wallet, car or house keys and only have to use your face to move around life. Amazing, yes, but also not that far-fetched.

We're not there yet, but banks will need to follow the development of facial recognition as biometric technologies continue to improve. As early adopters help to fine-tune the technology, the rest of us can jump onboard with greater confidence when the time is right.

Yields ticked up 2bp with thin market trading and an early close after the holiday.

The Senate has confirmed Joseph Otting as comptroller of the currency.

S&P Global Market Intelligence reports that through Nov there have been 220 M&A transactions in the US banking sector vs. 217 at the same point last year.

Wells Fargo said it fired the head of its consumer lending group after he made a disparaging remark about regulators.

Community banks should note that Gizmodo reports some flashlight apps have loaded mobile banking Trojans onto phones through Google Play Store. The apps target banking apps from Wells Fargo, Chase, Citibank and others.

PCBB is almost entirely owned by community banks and it does not compete for business. Contact us to do loan participations as you protect your customer relationships.
Copyright 2018 PCBB. Information contained herein is based on sources we believe to be reliable, but its accuracy is not guaranteed. Customers should rely on their own outside counsel or accounting firm to address specific circumstances. This document cannot be reproduced or redistributed outside of your institution without the written consent of PCBB.