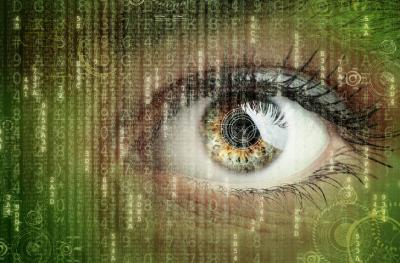 Identity theft is ugly. In fact, Javelin Strategy & Research finds in their 2017 Identity Fraud Survey that there were 15.4mm US fraud victims alone, resulting in $16B in losses. Meanwhile, card not present fraud jumped 40% over the prior year. This isn't surprising when you consider yet another survey by OnePoll. It found 71% of respondents write down their user names and passwords, 52% know at least one other person's PIN, 40% say at least 1 person knows their user name and password, 25% have never changed their PIN and 10% say they have given a bank card and PIN to a co-worker or friend.
The risk of identity theft and other types of fraud have pushed Deutsche Bank to take the lead in a universal digital identity project. Germany's largest bank announced it will be teaming up with well-known corporations in other industries, such as insurer Alliance, publisher Axel Springer, car maker Daimler and online banker Postbank, to create a single secure master key that would allow Internet users to transact their businesses online without needing to enter multiple passwords on different websites.
Deutsche bank and its partners expect to deploy their one-size-fits-all digital identities by mid-2018. At that time, their bank customers should expect, among other things, to be able to make and accept online payments and financial services using their unique pass key.
This coalition even wants to open its platform to public authorities. If that happens, local and federal government transactions could be accessible with the same ID. Furthermore, the pioneering companies will be able to negotiate with third party corporations and thereby extend their reach. For example, cellular provider, Deutsche Telekom is already in talks with Deutsche Bank. This experiment will be widely watched by banks and cyber thieves worldwide.
The project is designed to "increase legal certainty for clients and boost the European digital economy's growth," promises Deutsche Bank's deputy chief executive. Customers everywhere want a unique and secure solution for website access, but this is difficult to solve.
Clearly, a bank's authentication process needs to be reliable and safe. So, banks are a natural fit for certifying one's identity and data. You may be thinking that this is not an option for community banks due to limited resources. Yet, that may be a good reason to watch the progress of this project and possibly consider joining a similarly proposed US coalition.
If you are interested, opportunities may be available sooner rather than later, since universal digital identity projects are not confined to Germany. Big Canadian banks also announced that they are ready to work on a joint project and US bank USAA has been buying several digital identity start-ups to create new authentication tools.
The universal digital identity project hopes to keep customers safe and happy, while protecting against risk. It isn't yet time probably for community banks to jump headlong into this level of innovation quite yet, but it could be in the coming years.
In the meantime, keep educating your customers, protect your data and explore ever changing possibilities to secure your digital footprint and identity wherever it may evolve.
Subscribe to the BID Daily Newsletter to have it delivered by email daily.

MIT research finds the top three answers respondents cited when they were asked how much time, energy and resources their organization spends implementing digital business initiatives were: not enough (46%), about the right amount (34%) and not nearly enough (11%).

ACAMS research finds common ways banks can get tagged with an elevated BSA risk relate to their geographic location of offices and/or customer base. As such, banks have actively de-risked money service businesses (MSB) and third-party payment processes (TPPP). There is at least one case where a bank that has not done this properly saw their charter and FDIC insurance terminated.

Research by Marsh & McLennan on cyber risks finds that in 2016 some 500mm personal records were stolen or lost. Meanwhile, ransomware attacks surged 35% and spear-phishing soared 55%.

Research by the Information Security Media Group on ransomware finds other security solutions beyond ransomware vendors include: data backup and recovery (78%), user awareness (72%), email and web gateways (65%), ensuring operating systems and software are current with the latest patches (65%) and application whitelisting (26%).

Community bankers seeing long-term fixed rate demand from business clients can transform payments into floating rate on their books using Borrowers' Loan Protection (BLP). Learn more here.
Copyright 2018 PCBB. Information contained herein is based on sources we believe to be reliable, but its accuracy is not guaranteed. Customers should rely on their own outside counsel or accounting firm to address specific circumstances. This document cannot be reproduced or redistributed outside of your institution without the written consent of PCBB.