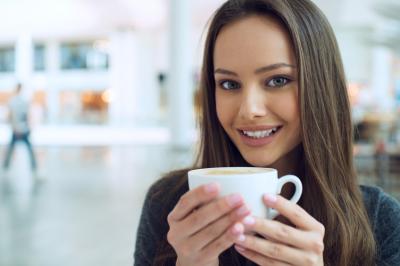 One of the world's most recognizable companies traces its origin to a man who first learned about the coffee business during his childhood in the Netherlands. There, his father ran a coffee roastery prior to World War II. Furthering his knowledge of coffee after the war through an apprenticeship as a tea taster for a coffee and tea company in New Zealand and the Dutch East Indies, this individual was extremely knowledgeable about coffee by the time he emigrated to the US in 1955. Surprised by the poor quality of coffee, Alfred Peet began roasting his own coffee in small batches and opened his own shop in Berkeley. Peet's Coffee, Tea & Spice quickly grew a following of loyal customers, including Jerry Baldwin, Gordon Bowker and Zev Siegl - a trio of friends that Peet took the time to teach his method of roasting coffee beans to. The trio would later move on to set up their own coffee store in Seattle and name it Starbucks.
While a good cup of coffee is how most bankers start their day, what you probably really want to know is the money side of things. We did some checking and found that Starbucks Rewards, the company's mobile wallet loyalty program is extremely popular. So much so in fact, that Starbucks customers now have more money stored on plastic cards and through its phone app than many large regional banks have in total deposits. In short, the roughly 12mm members have a combined $1.2B stored with the pre-paid program for future purchases according to data from S&P Global Market Intelligence (that was gathered for and analyzed by the Wall Street Journal). Yep you did the math right - about $100 per person in the program.
Even more amazing perhaps, the program has grown incredibly fast. Just 2Ys ago Starbucks customers had only $621mm stored with its prepaid cards and app - just under 50% of what it has today, according to Bloomberg.
One of the ways Starbucks has successfully built up its rewards program is by promoting special offers that users can only claim after they have spent a pre-determined amount of money. This tactic encourages consumers to spend more money at the coffee chain. Additionally, like many other popular chains, the company also allows users of its app to place their orders and pay before they reach a specific location. That way everything is ready and waiting for them when they arrive. The customer gets what they want when they want it - without being inconvenienced.
Much in the way that Starbucks has continually expanded its hold on consumers' wallets by constantly adding new products and features - from the addition of hot and cold sandwiches, to seasonal items, high-end drinkware and even beer and wine in certain locations - the company intends to bolster its mobile wallet rewards program with the addition of a pre-paid Visa card.
Here, Starbucks recently announced that it plans to introduce a reloadable pre-paid Visa card by the end of this year, which consumers will be able to use anywhere that accepts Visa. Much like traditional credit cards where consumers earn reward points or refunds based on how much they spend each month, users of the Starbucks Visa, which the company is creating in conjunction with JP Morgan Chase, will allow users to earn points through the company's Starbucks Rewards program.
It remains to be seen what sort of adoption rates this product could have, but suffice it to say that even at the margin the coffee purveyor gains a bigger hold on consumers' wallets. We just thought you would like to know as you sip your coffee.
Subscribe to the BID Daily Newsletter to have it delivered by email daily.

Yields were virtually unchanged as investors continued to weigh economic data, election noise and other factors.

Nicolet National Bank ($2.3B, WI) said it will close 6 branches this year or about 14% of total offices.

Bloomberg reports European country leaders have told the Basel Committee on Banking Supervision (group of global bank regulators that draft new regulations) they are done rolling out more regulations to their banks. They indicated proposed changes must be scaled back and slowed down or they may pull out of the process entirely.

A Reuters poll of economists finds 70% expect the Fed will increase rates in December.

A survey of hiring managers by the National Association of Colleges and Employers finds HR teams at companies seek the following skills from college graduates: ability to work in a team structure; ability to make decisions & solve problems; ability to communicate verbally with people inside and outside an organization; ability to plan, organize & prioritize work; ability to obtain and process information; ability to analyze quantitative data & having technical knowledge related to the job.

The latest FDIC supervisory insights report finds Matters Requiring Board Attention (MRBA) in 2015 occurred in 36% of examinations of satisfactorily rated institutions in 2015 vs. 55% in 2011.

Research by Deloitte and MIT on digital disruption finds 59% of respondents believe digital technologies will disrupt their industry to a great extent, while another 28% say they expect it to be to a moderate extent.

ZDNet reports WikiLeaks email dumps house over 300 malware files, so warn your employees and customers.
Copyright 2018 PCBB. Information contained herein is based on sources we believe to be reliable, but its accuracy is not guaranteed. Customers should rely on their own outside counsel or accounting firm to address specific circumstances. This document cannot be reproduced or redistributed outside of your institution without the written consent of PCBB.