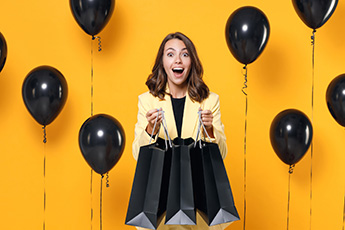 As CD Rates Rise, Pressure Mounts on Banks to Keep Up

deposits
customer retention
Summary: The latest Fed rate hikes have some challenger banks offering CD rates above 4%. CFIs may be reluctant to compete at that level, even as deposits outflows happen, but there are strategies CFIs can use to help convince good customers to leave deposits where they are.
Share this Article:
Ruth Balloon of Dallas checked her bank balance one afternoon and noticed something unusual. The balance was $37MM too high. She called her bank, which explained that the money was deposited into her account in error. Now that’s a balloon payment! Of course, she gave the money back.Finding million-dollar surprises in deposit accounts is no everyday occurrence. But deposit accountholders could reap some benefits as the Fed tightens interest rates, prompting some financial institutions to raise the rates they pay for deposits.The Deposit Rate Rise

So far, CFIs have been able to mostly stand pat on their lower deposit rates, since CFIs came out of the worst of the pandemic flush with deposits and their business models still solid. But after the latest rate hike by the Fed, the question is now this: How long can CFIs afford to resist paying up for deposits, or at least trying to forestall outflows? The short answer is when a CFI’s best customers start taking their deposits elsewhere.A sharp increase in deposit rates has already begun, led by so-called challenger banks (mostly online startups that also offer financial services). Some, like Synchrony Bank, are offering CD rates above 4%.Since a natural flow of deposits would be from low-paying institutions to higher-paying ones, one might expect to see a decline in deposits at traditional banks. Indeed, some evidence for that shift is already showing up. S&P Global reported that total bank deposits were down a seasonally-adjusted 0.8% from Jun. 29 to Sept. 28, a particularly weak showing, even before the latest two Fed hikes.A recent survey of bank executives found that 77% expect competition for deposits to intensify over the coming year, a whopping 47-point jump from a year earlier. Bank executives clearly recognize that the pressure is on to raise deposit rates.Staving Off Deposit Outflow

Given all that, it might be wise for CFIs to keep a close eye on deposit trends, particularly since the Fed has signaled that more rate hikes are coming. A CFI that is flush with deposits today could find itself losing deposits fast if it has a large core of rate-sensitive customers with maturing CDs. Rather than waiting until the outflow is significant, CFIs should start to react now.One key way to do this is to be proactive. Establish a plan for responding to customers who might be lured by higher rates at competing institutions, such as challenger banks. CFIs would do well to pay special attention to their most important customers with whom they have long-standing relationships. Those are the kinds of customers a CFI can ill afford to lose.Leading by Example

One example of how to respond comes from a Mississippi-based CFI, which started preparing in late 2021 for the impending rise in interest rates. Rather than jump on the deposit rate-hike bandwagon, the CFI hired a consultant to help devise a strategy for responding to rate-sensitive customers. Employees received special training on how to talk through rate issues with customers who demanded higher rates, perhaps after seeing ads offering attractively-priced CDs.The CFI promotes its program as one that provides flexibility on deposit accounts, and offers an analysis of exactly how much more a depositor could earn by switching to a CD paying a few extra percentage points (often so little that it isn’t worth the time and effort to transfer funds). The institution began reaching out to customers with expiring CDs to offer consultations on next steps, and 60-70% of those customers came in to talk, an effort their team believes will help forestall a major outflow without having to match higher rates offered elsewhere.CFIs have been able to largely avoid the push toward much higher deposit rates up until now, but the pressure promises to increase over the coming year. While CFIs are unlikely to match the high rates offered by challenger banks, they have other options for dealing with rate-sensitive customers. As a last resort, CFIs could adjust their CD rates with a minor increase. They won’t be giving customers a balloon payment, but, together with other strategies, it might be enough to dissuade customers from taking their deposits elsewhere.
Subscribe to the BID Daily Newsletter to have it delivered by email daily.

Three Ways To Generate Income
With increasing interest rates, community financial institutions stand to enlarge their net interest margin. Yet, lending competition is fierce in many areas, so it won’t always be easy. We give you three ways to generate income in the current rate environment.

With our Insured Deposits Solution, PCBB can help you attract and retain larger depositors, enabling you to increase your non-brokered deposits. Contact PCBB to find out how.