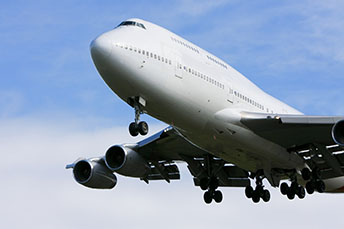 small business
lending
CRE
Summary: With the economy slowly recovering, bankers wonder when loan growth will return. With the continuing uncertainties of the Delta variant, labor constraints, and supply issues, significant challenges remain. However, there are some bright spots. We highlight three important lending areas: mortgage lending, CRE, and small business.
Share this Article:
Amazingly, the full tank of a jumbo jet contains enough fuel for an automobile to drive around the world 4x. Jumbo jets go through a gallon of fuel per second. Imagine if your car had that kind of combustion. Wherever you would be heading, it would be done with a blast. Bankers had hoped they would be heading towards loan growth by now at jumbo jet speed, with increased spending and economic recovery translating into more demand for credit. But in the first part of the year, extra liquidity from government aid and deferred spending helped fiscally sound borrowers retire loan balances early. On the commercial side, bank customers were tangled in supply-chain snarls and overall uncertainty around consumer demand. The residential loan business was brisk in 2020 through the first half of 2021, as many people bought or refinanced homes. But that business wasn’t high enough to offset the lack of demand for commercial lending.While over the summer, various lending categories showed fresh signs of life, according to the July Federal Reserve Senior Loan Officer Opinion Survey. The question is “Will that continue?” With the Delta variant still affecting the economy and stimulus funds ending, there is still uncertainty in the market. We highlight what we are hearing on lending activity over the coming months. Mortgage lending. One CFI executive notes that mortgage lending will stay competitive as long as rates are low, especially as working-from-home is still an option for many. Prices were up 18.6% YoY in June, according to S&P Case Shiller Price Index. All 20 cities in the index reported price increases, with Phoenix and San Diego almost reaching a 30% increase YoY. High prices and bidding wars continue in many areas, but, once rates start to go up, demand will be affected.CRE fundamentals. In a recent Trepp survey of CRE and CMBS markets, 39% of respondents say that moderate improvement is likely for CRE fundamentals in the near term. Only 1% say that they will be greatly improved, 36% believe they will stay the same, and 20% think that CRE fundamentals will worsen. The Delta variant and the uncertainty around it along with inflation concerns are factors here. The one area of optimism right now seems to be multifamily, with 62% expecting occupancy to rise above pre-pandemic levels and 74% saying rents would be higher too.Small business. Many small businesses are still uncertain due to the Delta variant, labor shortages, and rent moratoriums ending. For July, the NFIB Small Business Optimism Index dipped to 99.7, a decline of 2.8 points from June. Even though 61% said that they did not want a loan, that could change as PPP loan forgiveness allows some breathing room to keep businesses going and labor constraints loosen.  “Whether that [lending] improvement starts now, later in the second half or in 2022 is really anyone’s guess,” Piper Sandler analyst, Scott Siefers mentioned in a research note. “But we continue to believe that all the pieces are in place for the eventuality of a better rebound.”
Subscribe to the BID Daily Newsletter to have it delivered by email daily.