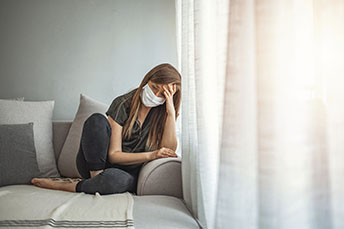 Are CRE Lending Prospects On The Upswing?

lending
credit risk
CRE
Summary: While the economic recovery is not yet complete, there are some bright spots, including CRE. Certain sectors of CRE are showing strength, such as industrial, which has been outperforming other asset classes, according to the CRE Financial Council (CREFC) Board. We reveal other insights by the CREFC Board and the Fed while highlighting certain CRE opportunities found by community financial institutions.
Share this Article:
It probably isn’t surprising to hear that many Americans were unhappy last year. But, we found that only 14% of Americans reported that they were very happy in May 2020, according to a University of Chicago survey, conducted each year for the past 50Ys. It is the lowest level ever reported, with 29% being the previous low point. While we await the release of the 2021 survey results, we are hopeful that they are more positive.  One area that looks more positive is CRE lending, which could spell more opportunities for community financial institutions (CFIs). According to the Q2 survey of the CRE Finance Council (CREFC) Board of Governors, 83% believe prospects are good for all CRE finance business over the next 12 months, up from 72% in the first quarter. We dig into this report a bit more and highlight some examples of opportunities found by your fellow lenders.The CREFC board reports
Almost a third of the board say they see more transaction and lending activity today than pre-pandemic, and 88% say their lending programs are fully operational, an increase from 71% in the first quarter. Only 5% report no new lending.By CRE asset class, industrial has been outperforming all other asset classes during the pandemic, according to 81% of the board, and a majority expect industrial to continue to outperform. Eight out of 10 expect a fast recovery for leisure travel, up from 76% in the first quarter. Only 14% feel the same about corporate travel.Two worrisome CRE sectors
Which CRE lending asset classes do board members worry most about? Retail and office. Most expect the usage of office and retail will permanently change due to the pandemic. Retail fared the worst during the pandemic, and it is widely believed that it will continue to perform the worst. Office usage is still uncertain due to the impact of delayed returns to the office and hybrid working arrangements. Still, foreclosure and REO assets have remained relatively low for retail and hotel assets, and at levels well below those expected early in the crisis.CRE opportunities
A Dallas-based CFI specializing in industrial and apartment lending reports that the asset classes have been two of the “most resilient” categories throughout the pandemic. This CFI is finding some deals for office and some retail assets, like grocery-anchored centers and triple net lease properties. Also in demand are CRE loans for self-storage facilities. “We are very bullish on the opportunities and prospects we see here in the state of Texas and in the community bank space,” the lender says.For Q2, a CFI in AL reported over 17% growth in construction loans QoQ, resulting in $782MM. “We have a number of projects underway where we expect substantial draws, and of course, we do expect line utilization just to improve from inflationary effects of higher prices for steel, lumber and many other, you know, raw materials,” the CEO stated.Some credit standards have eased
As lending opportunities arise in a low-lending environment, standards can be lessened. In fact, credit terms for certain CRE loans are easing, according to the Federal Reserve’s second quarter senior loan officer survey. Lenders have eased their standards for multifamily, construction, and land development loans, while lending standards remained essentially unaffected on loans secured by nonfarm nonresidential properties. In the survey, the Fed asked institutions to gauge their credit standards in relation to their easiest and tightest points since 2005. What it found was that smaller banks were loosening standards on CRE more than their large brethren. “The net shares of banks reporting standards on the tight end of their ranges fell since 2019 for all CRE categories, driven entirely by smaller banks — the levels of CRE standards tightened, on net, since 2019 for large and foreign banks,” the Fed writes.It looks like CRE lending may be on the upswing in certain sectors. In order to capture those loans, stay close to your customers, and be sure your credit standards are commensurate with the risk, to achieve the best bottom-line performance.
Subscribe to the BID Daily Newsletter to have it delivered by email daily.