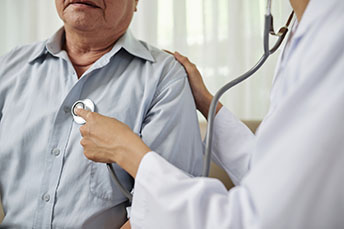 by Steve Brown
business customers
Summary: A new bankruptcy code, Subchapter V, recently took effect and is available to small businesses. Could this be helpful for your customers?
Share this Article:
In an average lifetime, the human heart beats about 2.5B times. In these times, it may be beating faster than usual, but small businesses may have a reason to bring it back down to normal.
Bankruptcy has just gotten easier for small businesses. A new Subchapter V bankruptcy code took effect in February of this year and is available to small businesses that fall within lower financial thresholds. While it falls under Chapter 11, Subchapter V is more streamlined, simpler, and less costly than Chapter 11.
Subchapter V could help small businesses with loans from community financial institutions (CFIs) restructure and stay in business instead of shutting down completely. More than 100K small businesses have closed permanently since March, putting strains on many CFIs that may serve them, and that number could get higher as businesses struggle to reopen.
For those unable to survive, permanent closure is often the only option. By contrast, large companies can turn to Chapter 11, going through a restructuring that at least provides a way to deal with creditors in an orderly fashion and potentially reopen. In April, 722 companies filed under Chapter 11, a 48% increase from the same period one year ago. Among the companies that have filed this year: Hertz, Gold's Gym, J. Crew, J.C.Penney, and Neiman Marcus. While some companies in Chapter 11 may end up liquidated, others will restructure, emerge, and resume operations.
The pinch that big companies feel in the current economic climate is no less severe for small businesses. Indeed, many small businesses are so cash-strapped that they have difficulty staying afloat for more than 30 days in a shutdown. However, many that have viable businesses but got hammered by the crisis could benefit from the new Subchapter V code. A careful restructuring could be more beneficial to a CFI lender than a more abrupt permanent shutdown too.
While the new bankruptcy rules for small businesses were first adopted in February, they were amended to be even "more friendly" to small businesses as part of the CARES Act. Under the amendment, businesses with up to $7.5MM in debt are eligible. Here are some basics of the new Subchapter V.
As small businesses struggle under the stress of the pandemic, Subchapter V could provide a lifeline, and even provide a benefit to the CFIs that lend to them.
Subscribe to the BID Daily Newsletter to have it delivered by email daily.

Profitability FIT is a profitability solution that measures performance on both a customer relationship and an account basis. Contact us today for more information.