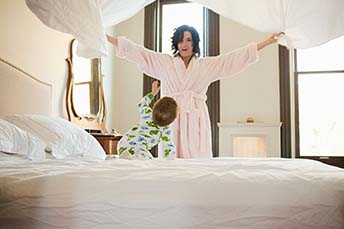 New Capital Leverage Ratio - Opt In Or Out?

by Steve Brown
compliance
regulatory
capital
Summary: In releasing the final rule, the federal regulators said 85% of community banks should be able to qualify for the new CBLR ratio rules. Does this include your bank?
Share this Article:
HGTV research finds some of the things people with the cleanest houses always do include: making the bed before leaving the house, not wearing shoes in the house, opening mail every day and not leaving a room empty handed.
No matter how clean your house is, some bankers say the regulators have taken steps to clean up capital ratios with the new community bank leverage ratio (CBLR). In releasing the final rule, the federal regulators said 85% of community banks should be able to qualify for the relaxed rules.
What that means is that almost any community bank that fails to opt into the new rule may be leaving money on the table in terms of compliance costs. The new rules are supposed to simplify and relax the process of meeting capital leverage ratio standards, thus providing regulatory relief.
For some banks, making the switch may itself prove burdensome. Banks are already set up to operate under existing capital ratio rules, so perhaps the benefits don't pencil out as worth the effort. Still other banks may not qualify for the simplified rules. Among other things, a bank must have less than $10B in assets, limited off-balance exposure and a leverage ratio greater than 9% to be able to opt in to the new rule.
For banks that decide to opt in, a number of changes and updates will be needed. For instance, capital and stress test procedures will need to be updated. This may seem obvious, but it will entail some extra review and work.
Also, banks that have off-balance exposure of some significance will need to work through the new rule to determine if they qualify, and that task can be complicated. Each bank will have to check and see how it works for them and act accordingly.
The federal regulators received more than 500 letters and 50 comments during deliberations on the new rule. One of the thornier issues they wrestled with was the leverage ratio threshold for eligibility. Some thought a 9% leverage ratio was too punitive and wanted the rate set at 8%. One commentator argued for a 10% threshold as an extra cushion in case of a crisis. The FDIC ultimately selected 9% as an adequate level to protect the banking industry, while also providing relief to overworked community banks.
Whether or not the new rule will actually provide solid regulatory relief remains to be seen. However, judging from the comments received by the federal regulators, some banks appear to be enthusiastic about the change and expect to see real benefits.
Subscribe to the BID Daily Newsletter to have it delivered by email daily.

On Demand Help for Financial Institutions

Financial institutions face many difficult challenges every year, but you are not alone. Our experts stand ready to help you address a variety of issues. Find out more about our solutions today.