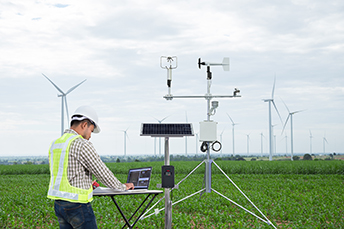 by Steve Brown
interest rate swap
hedging
forward swaps
Summary: As the world struggles to make sense of the fact that short-term rates are currently higher than long-term rates, we provide some insight.
Share this Article:
In the world of meteorology, a temperature inversion occurs when air temperature increases when you are higher above the ground vs. what you would expect to see - a decrease in temperature when you are higher above the ground.
Bankers are facing their own inversion these days, as the world struggles to make sense of that fact that short-term rates are currently higher than long-term rates.
The question in this environment is whether a bank can meet customer demand for fixed-rate loans while also improving yield over the next several years, if the economy softens. Hedging offers a solution worthy of consideration, so we discuss it here.
When customers want the security of a fixed rate loan, but your bank doesn't want a floating asset with a flat yield curve, forward hedging can help fill this gap.
A forward swap, sometimes called a deferred swap, forward start swap, or delayed start swap, is a contract between two parties with both agreeing that they will exchange cash flows on a set future date.
If rates decline during the early part of the loan's term that has been hedged, the bank enjoys the higher, fixed-rate yield. On the other hand, if rates rise in the first few years of the loan, the bank has that exposure for just a short time, before the loan converts from fixed to floating once the forward period is reached. Seeing the current market conditions, it appears that the former will likely be the case for the next few years.
These hedging solutions allow a bank to fix a loan for 2 or 3Ys and then automatically float thereafter. While some banks will consider a floor, a forward swap has no upfront premium to pay like the floor, so it can be a better solution. The bank can also receive additional fee income up front.
To show how this would work, consider a bank with a loan size of $5M, a loan amortization of 25Ys and a term of 12Ys. The loan has a credit spread of 2.50% above the underlying index and with fee income of 15bp. The bank wants a fixed rate for the first 2Ys of the loan and a floating rate thereafter.
A forward swap allows the borrower to pay a fixed rate of 5.25% and $58K in fee income is received by the bank at closing. Then, for the first 2Ys of the term, the bank receives 5.25% paid by the borrower. Using the forward swap, during years 3 to 12, the bank receives a floating rate of LIBOR plus 2.50%. This can work for a total term of up to 20Ys, with the bank's rate fixed for up to the first 5Ys.
Given the current market and inverted yield curve, banks can offer their customers low long-term rates, while the bank clips the coupon for a few years, but then automatically shifts to a floating rate thereafter. Both the bank and the borrower avoid interest-rate risk, and the bank responds to customer needs while also protecting its balance sheet. Call us at (877) 777-0412 and we'll show you how.
Subscribe to the BID Daily Newsletter to have it delivered by email daily.

Inverted Yield Curve May Bring Hedging Opportunity
This past spring, the US bond market flashed a key recession warning with the yield curve briefly inverted and short-term debt paying more than longer-term loans. No one can know for sure when the next economic recession will begin, but CFIs may be able to take advantage of two potential opportunities that the inverted yield curve offers.

Interest Rate Swaps Help Retain Customers
Some community financial institutions may not know the benefits of interest rate swaps. Not only do they help you manage interest rate risk, but they also help you retain customers. Your customers want fixed rates, especially as rates rise. You can help them with interest rate swaps — and you gain noninterest income too. We explain how.

Community bankers looking for forward swaps can find them in our hedging solution. Contact us today for more information.