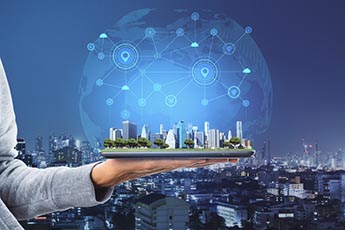 What CFIs Should Know About the OCC's New Strategic Plan

OCC
regulatory
regulatory agencies
Summary: The OCC has released a new strategic plan that prioritizes stronger, more modern community banks. Understanding where the regulator is emphasizing change within its own operations, and where it believes the biggest risks to consumers lie, is the best way to prepare for any likely regulatory changes to come.
Share this Article:
Anyone who has been to Disney World knows that its EPCOT Theme Park focuses on technological advancements and cultural attractions. EPCOT, which stands for Experimental Prototype Community of Tomorrow, was initially intended to be a 43-square mile functional city that would house 20K individuals and a 1K-acre office park dedicated to design innovations that could be tested out by EPCOT’s residents. When Walt Disney passed away shortly after plans for EPCOT were revealed, his vision was scaled back and eventually abandoned, giving way to the EPCOT Theme Park that stands today.In the years since the EPCOT Theme Park first opened its doors in 1982, many of its onetime futuristic attractions have become dated, which led Disney to begin updating and modernizing the park. The Office of the Comptroller of the Currency (OCC) has announced plans for some revamping of its own, which will have a big impact on community financial institutions (CFIs).A New Strategic Plan

The OCC recently released its strategic plan for fiscal years 2023-2027. The new strategic plan identifies the organization’s top three goals for itself as the following:
Within those goals, one specific area that the OCC highlighted is its desire to promote stronger, more modernized community banks that are focused on servicing underserved communities and small businesses. The regulator also noted that it intends to step up guidance and outreach with CFIs, particularly related to enhanced digital banking initiatives, and to foster a more level playing field. A hope of minimizing the regulatory burden on community banks, where possible, is also among the OCC’s goals.Regulatory Impacts for Banks

While all the above goals are promising for CFIs, organizations should also look at the OCC’s plan as a roadmap of where the regulator is likely to enhance oversight for the institutions it governs. The following are a few areas highlighted within the OCC’s plan that CFIs should have on their radar:
With the OCC prioritizing stronger, more modern CFIs, organizations should take the time to familiarize themselves with the regulator’s strategic plan. Understanding where the regulator is emphasizing change within its own operations, and where it believes the biggest risks to consumers lie, can give CFIs a good starting point for measuring where they stand in these same areas within their own organizations. Most importantly, these goals can help you assess where your institution may need to invest additional resources in the coming years.
Subscribe to the BID Daily Newsletter to have it delivered by email daily.

Looking to maximize your business opportunities with the highest level of compliance? PCBB’s Advisory Services, provide state-of-the-art analytics with insight from our team of expert advisors to do just that. Solutions include CECL, stress testing, and customer profitability. Contact us today to learn more: info@pcbb.com.