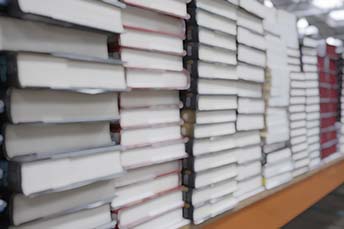 How CFIs Can Survive Bank Attrition

branches
industry update
Summary: According to an analysis done by the Financial Brand, half the banks that exist today will disappear during the next 20Ys, leaving fewer than 2K banks in the US by 2042. Small banks will be particularly hit hard. We discuss what CFIs can do to help ensure that they are among the ranks of the survivors.
Share this Article:
In the world of book publishing, the majority of books are published by just five companies, called the “Big 5.” Their dominance in publishing already makes it difficult for small presses to gain a foothold in the market, but this past year was set to make it even harder: Penguin Random House and Simon & Schuster wanted to merge, turning the Big 5 into the Big 4. This rang alarm bells for antitrust laws and maintaining a fair and competitive market, so much so that the DOJ blocked the merger, in part to protect authors and small publishers.The banking world has been facing similar consolidation efforts for quite some time, and the trend toward fewer, larger banks is continuing. If the atrophy keeps up at the same pace, half of all the banks in the US will vanish in the next 20Ys. That’s according to a study by The Financial Brand, which analyzed FDIC-insured banks and bank branches from 1935 through to the present day, tracking the average annual decline in banks over the past 87Ys.The History of Bank ConsolidationMany of those periods of increased bank and branch closures can be attributed to historical financial events, like the Great Depression. In 1929, the US had more than 25K banks, but when the Great Depression ended, that number had dropped by about 10K. According to the FDIC, the number of banks held steady for about 50Ys, never falling below 13K or rising above 14.5K.Then the Savings and Loan (S&L) crisis took out another 5K banks, and market forces pushed about a third of the remainder out of business. The market began to look more promising in the 2000s. In the wake of the September 11 attacks, the Federal Reserve ushered in an era of historically low interest rates, and mortgage lending boomed. All told, banks built 15K new branches, and the decline in FDIC-insured institutions came to a near-standstill.Eventually, the contraction picked up steam again, after the recession in 2009. By 2012, the US had just over 6K banks with $14.4T in assets. By 2021, there were 4,236 banks with $24T in assets.A Worrying Trend for Small InstitutionsIn 1990, just a single depository bank had assets over $100B. In 2020, that number had grown to 33. Institutions with $100B or more in assets comprise less than 1% of FDIC-insured banks, but they have 70% of total industry assets and 66% of domestic deposits.During the same period, the ranks of community financial institutions (CFIs) shrank. In 1990, about 15K institutions had assets of less than $10B. By 2020, that number was 4,851 — less than two-thirds of the earlier count. Banks with assets between $10B and $100B did a little better, with their numbers doubling from 59 to 118 during that 30Y period. But the percentage of total industry assets they held declined by 68%.If the pattern of losing 3.65% of banks and 3.5% of branches every year continues, in 2042 the US will have about 2K banks with 35K branches. Most of the disappearing banks will be CFIs, the report says, pointing to the growth in big banks and reduction in the ranks of smaller financial institutions. This trend will cause the US to fall more in line with many other countries. Right now, the US is the only nation in the world with thousands of banks to choose from. Most countries have a few big banks and perhaps a smattering of credit unions.What CFIs Can DoThere’s no way to perfectly control the future, of course, and few firms of any kind stay in business for centuries. Even so, CFIs can act now to enhance their potential longevity.
This outlook may seem bleak, but it does not have to be. Bank attrition has been occurring for almost a century, and we have decades of data and patterns to help us predict what they future may bring. Having an adaptive mindset, introducing innovative solutions for growth, and emphasizing strong community and regional ties will go a long way in ensuring that your CFI will be among those future ranks.
Subscribe to the BID Daily Newsletter to have it delivered by email daily.

Thank you for reading the BID and choosing PCBB as a source for important banking information. To help us provide you with the best experience possible, we invite you to take a quick 3-5-minute survey to provide us feedback.