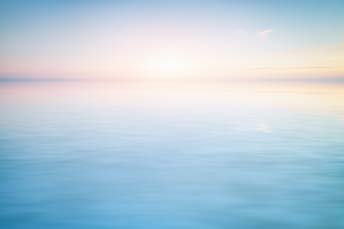 Should Your Institution be Prepared for Foreclosure Déjà vu?

by Steve Brown
lending
industry update
credit risk
Summary: As mortgage foreclosures begin to inch up and federal foreclosure moratoriums draw to a close, financial institutions should prepare themselves for a worst-case scenario. It’s unlikely that the bursting of the current real estate bubble will play out the way things did when the last couple of real estate bubbles burst. Should a worst-case scenario emerge, CFIs should be prepared to show regulators they took adequate precautions.
Share this Article:
When it comes to ocean waters, sometimes the calmest looking spots can be the most dangerous. When waves are actively breaking on the shore, heading to an area where the water is still and less active seems the most logical choice for surfing and swimming. In reality, a calm section of water between waves can actually be an indicator of a rip current - an incredibly strong, narrow undertow of water that pulls from the shore out to the point just beyond where waves begin breaking. Rip currents lead to an average of 46 drowning deaths every year and are one of the biggest causes for lifeguard rescues.With the housing market still going gangbusters and demand continuing to exceed supply, real estate still appears strong. But with the Federal Reserve starting to raise rates again, additional hikes expected, and moratoriums on mortgage forbearance winding down across the country, real estate lending has the potential to prove to be somewhat of a riptide for financial institutions, if foreclosure activity begins significantly ramping up.Early activity. As forbearances across the country have begun to run out, foreclosure activity has started inching up again. In February 2022, foreclosures were up 70% from December 2021 according to ATTOM Data Solutions. Though this was still on the relatively low side, activity has slowly continued rising. In May, though foreclosure starts were down from the previous month, activity was still up 274% from last year. Part of this spike is attributable to lenders finally catching up with the backlog of foreclosures that already existed before the pandemic and were put on hold by the implementation of The Coronavirus Aid, Relief, and Economic Security Act in March 2020.But now that federal foreclosure moratoriums have expired, there are fears that institutions could experience a bit of déjà vu back to the housing market in 2007 - 2010. So far, it appears that any damage will be minimal, as the number of foreclosures starts have far exceeded the number of completed foreclosures. Given that demand for homes still outweighs supply, most homeowners who are unable to remain current on their mortgages are more likely to be able to sell their homes than default on them. But that doesn’t mean that institutions shouldn’t prepare themselves for the worst, particularly if rising interest rates bring a quick cooling off to the housing market.Caution abounds. There is plenty of room for optimism that institutions are likely to evade the massive defaults experienced when the last couple of real estate bubbles burst. Industry experts warn that lenders need to remain cognizant that the current bubble is unsustainable and is likely to burst sometime before the end of the year.Key steps to prepare for impending foreclosures:
In light of this reality, there are a few steps community financial institutions (CFIs) can take to prepare for the inevitable real estate downturn and an eventual rise in foreclosure activity.
Despite the looming burst of the current housing bubble, there are plenty of warning signs to identify borrowers at risk of foreclosure as well as precautions your institution can take to help your borrowers avoid becoming part of the foreclosure fallout.
Subscribe to the BID Daily Newsletter to have it delivered by email daily.

Lower-Pain Core Conversions
CFIs' relationships with their core providers tend to last for decades, if only because a change is such a hassle. If you do need to make a core conversion, however, here’s how to do it with the least possible pain.

Build an Effective Board by Following Best Practices
Boards of directors have essential monitoring and advisory responsibilities that affect their organizations’ performance. In an ideal world, a corporate board would have a strong culture and contribute to the success of the organization. A recent survey of smaller banks found that less than half of their boards met that standard.