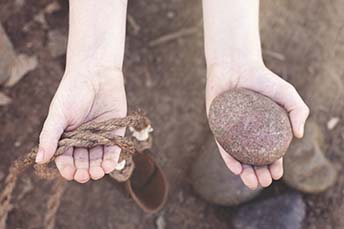 Is CHUCK the P2P Answer for Community Financial Institutions?

That market domination has been an inspiration to the developers of CHUCK, who sense that CFIs feel like they might be second-class citizens in a closed system like Zelle, that was created around some of the nation’s largest banks. Pricing is tied to volume, and smaller banks can end up paying more per transaction. That can get expensive. CHUCK pitches itself as a cheaper alternative.Becoming a disruptor in order to succeed

In addition, Zelle requires both sides of a payment to use the app. CHUCK is built on open architecture that doesn’t require a separate app. The open architecture allows the customer of a participating CFI to send and receive payments in a number of ways, including through Venmo, without actually using any separate apps. The plan is for CHUCK to continue adding payment options, as well as new innovations over time. To understand where CHUCK fits in to the P2P world, it helps to keep in perspective how new this all is. PayPal started the trend with its introduction in 1998. Venmo arrived in 2009, only to be bought out by PayPal in 2012. Big banks, seeing the competitive threat from independent P2P payments, jumped in with their own offering. Zelle began in 2017 as a project of seven of the nation’s largest banks, led by Bank of America. They still own Zelle’s parent company, Early Warning Systems. Zelle started by wooing thousands of big bank customers and soon soared to the top of the bank P2P payment hierarchy.CHUCK represents a targeting on smaller financial institutions and their customers, instead of P2P giants. It is those customers who will ultimately decide if another P2P payment system is needed, and if the open architecture idea resonates. Popularity with users is what made PayPal an initial success. The innovations of Venmo helped it to capture even more users. And the effectiveness of Zelle enabled big banks to become major players in P2P payments. Success in tech often depends on being a disrupter. CHUCK is trying to disrupt the P2P world in favor of CFIs. Its challenge is to win over legions of CFI customers. At the moment, CHUCK is a fledgling alternative to Zelle. But if it grows into a strong competitor, it will be interesting to see what that means for Zelle.
Subscribe to the BID Daily Newsletter to have it delivered by email daily.

Talking Your Way to Profits
High-quality conversations between employees and customers can be very beneficial for the bottom lines of community financial institutions. According to Gallup, effective conversations initiated by employees are four times more likely to result in sales. We provide three tips to achieve better customer engagement.

Boost Earnings with New Lines of Business
In the current low-rate environment, almost one in five community financial institutions plan to add new lines of business to boost earnings, alongside leveraging their existing business. Here we look at six potential revenue streams that CFIs may want to explore.

PCBB has partnered with Fiserv to offer our International Services through their FX and check deposit platforms. Fiserv customers can process international wire transfers through the Payments Exchange: Foreign Exchange. Customers can also digitally process Canadian checks with our check image service, through the Fiserv Clearing Network. Contact us to learn more.