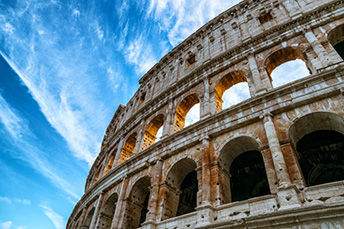 BIN ISO Rules Are Changing For Payment Cards – How To Prepare

debit cards
credit cards
payments
Summary: The switch from 6-digit to 8-digit BINs has been in the works since 2015. But now, the first deadline is here. Community financial institutions need to check on their accounting systems to determine if they are sufficiently prepared. Here are a few items to assess the impact on your institution and communicate with customers, especially business customers.
Share this Article:
Abbreviations and acronyms are everywhere these days. But, did you know that they were used as far back as the Roman Empire? SPQR was used for Senatus Populusque Romanus — the official name of the Roman Empire — and even “filius” which means “son” was shortened to just an F. Using abbreviations and acronyms is space- and time-efficient, especially when writing them on stones and coins. The number of acronyms has only increased since the Roman Empire and today we discuss a very specific one, BINs. There’s a new Bank Identification Number (BIN) standard that is about to take effect. Community financial institutions (CFIs) that are unprepared for the switch could face major headaches. BINs, which reference the issuing institution on payment cards, have used six digits for verification. Taking effect in April 2022, a new standard from the International Standards Organization requires eight digits. First announced in 2015, this new standard still gives CFIs some time to decide how and when they will participate. But, as the use of 8-digit BINs ramps up, CFIs and their business customers should be prepared. We reveal some of the things you should know about this standard change.Why is this change happening?

Payment systems are expanding rapidly, so the possible number of permutations under a 6-digit system is hitting its max. Moving to eight digits provides the necessary extra bandwidth to accommodate the growing number of issuing institutions and payment card growth. Network payment processors, Visa and Mastercard, are already starting to transition to 8-digit BINs, with Visa allowing only 8-digits on newly issued cards after April 2022.How does the change work?

The BIN will include two more of the existing digits on a payment card to the right. So, before the change, a typical card consisting of 16 numbers used the first six as the BIN, the next eight as the account identifier, and the last digit as a validator. Under the new system, the BIN is the first eight digits, the next six serve as the account identifier, and the last digit remains the validator. Example: 123123 would become 12312345.The details are where things get complicated. Back-office systems need to be updated to accept the 8-digit system instead of the six. Adjustments may be necessary to ensure that information shared in the 8-digit system doesn’t compromise account security. Billing and reporting systems will need to be updated to accommodate this change.Is it necessary to migrate all 6-digit BINs to 8-digit immediately?

No, the change doesn’t need to be made right away. CFIs can choose to continue using 6-digit legacy bins. But new credit cards will be issued using 8-digit BINs. So, even if you don’t migrate to 8-digit processing right away, you will eventually need to do so.How do I evaluate the impact on my institution’s operations?

The best way is to work directly with your credit card companies. Most CFIs have likely already been contacted by their card companies with guidance. But, if not, be proactive and contact them to better understand how this change will affect your institution.One of the most important measures to assess before the change is completed is that it won’t disrupt other accounting processes. Some CFIs use additional digits tacked onto a BIN to identify specific types of accounts, like high-net-worth customers. It is critically important that there is no conflict between a new 8-digit BIN and existing special accounts. Testing, reviewing the results, and making adaptions where necessary, will minimize these disruptions.Notifying affected SMBs

If you have business clients that process customer payments, they will need to make their own adjustments to accommodate the switch to an 8-digit BIN. You can provide support by issuing reminders about the new standard and offering a few simple tips for a smooth switch.
The 8-digit BIN system is designed to provide enough new numbers to serve the needs of the payment industry for years to come. But to ensure that the transition goes smoothly, CFIs need to assess the impact on their own institutions, make changes accordingly, and communicate with their business customers.
Subscribe to the BID Daily Newsletter to have it delivered by email daily.